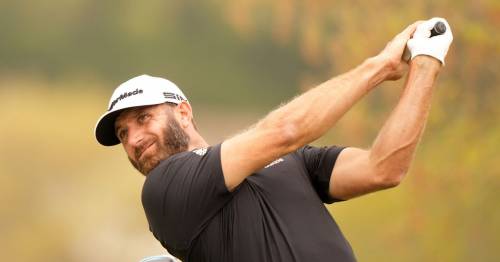 Golf dissidents leaving the PGA Tour for the LIV Golf Invitational Series will still be permitted to play at this year's Open Championship, tournament organisers have confirmed.

"The Open is golf's original championship and since it was first played in 1860, openness has been fundamental to its ethos and unique appeal," read a statement from Martin Slumbers, chief executive of The Royal and Ancient Golf Club of St. Andrews.

"Players who are exempt or have earned a place through qualifying for The 150th Open in accordance with the entry terms and conditions will be able to compete in the Championship at St Andrews. We are focused on staging a world class championship in July and celebrating this truly historic occasion for golf. We will invest the proceeds of The Open, as we always do, for the benefit of golf which reflects our purpose to ensure that the sport is thriving 50 years from now."

The announcement mirrors the stance of the recent U.S. Open, where Matt Fitzpatrick won his maiden major. Tournament lawmakers announced shortly prior to the competition that those who have qualified would be allowed to play, though that eligibility for future years remains uncertain.

Golf has been divided by the emergence of the LIV Golf Invitational Series, which is funded by Saudi Arabia's Public Investment Fund (PIF). The growing PGA Tour rival announced its arrival earlier in June at the Centurion Club in St. Albans, where winner Charl Schwartzel took home $4.75million (£3.9m) in prize money.

The almost boundless resources financing the contest mean LIV can afford to offer PGA rebels gargantuan rewards for competing. Defectors have been faced with difficult questions concerning Saudi Arabia's human rights record, however, as well as the Kingdom's toughened stances on women's and LGBTQ+ rights.

Who do you think will win the 2022 Open Championship? Let us know in the comments section.

This year's edition of The Open—the 150th of its kind after the tournament began in 1860—is due to run from July 14 to July 17. The competition's defending champion, Collin Morikawa, has recently been a source of discussion following suggestions he could also join the LIV exodus.

Morikawa took to Twitter on Tuesday and said he is "here to stay on the PGA Tour," suggesting any who doubt his earlier remarks against the rebellion are "absolutely wrong." Brooks Koepka is expected to be the next major name heading for the Saudi-funded series, following the likes of Dustin Johnson, Phil Mickelson, Patrick Reed and Bryson DeChambeau.

Last year's Open Championship offered a total prize purse of $11.5m (£9.4m), an increase from the previous year but still the lowest reward of any major. The R&A may follow the U.S. Open's lead in boosting that fund in response to the recent LIV defection, with money in golf a bigger talking point than ever before.

Previous : Jason Roy leads England to eight-wicket win vs Netherlands after brilliant hundred
Next : DWP payment worth £324 for millions could only arrive AFTER energy bills rise