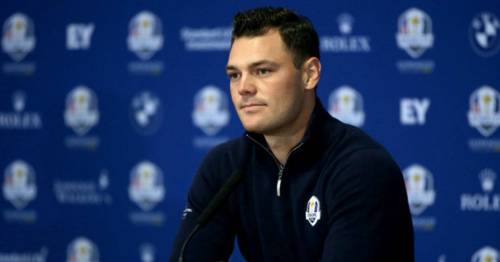 Martin Kaymer has been revealed as the mystery former world No. 1 set to make the switch to the Saudi-backed Golf League, according to the Telegraph. The newly introduced LIV Golf Invitational Series has caused all sorts of controversies in recent months, and has been labelled as Saudi Arabian sportswashing, with the series funded by the Saudi state.

In spite of the contentious saga a number of players have requested to compete on the breakaway circuit, with German star Kaymer the next name poised to make the switch. The 37-year-old reached the top of the world back in 2011 after winning the PGA Championship one year prior.

Kaymer then added a second major title to his resume in 2014 after collecting the US Open title at Pinehurst. Despite this, the German has failed to win on Tour since winning the PGA Grand Slam of Golf that same year.

This run has seen him collapse down the world rankings, and he currently sits 195th in the world after missing two cuts in just three starts in 2022. During his impressive run in the early 2010’s Kaymer also wrote himself into Ryder Cup history, after playing a pivotal role in Europe’s miracle in Medinah victory back in 2012.

Despite not featuring as a player since 2016, the German star appeared as a vice captain to European skipper Padraig Harrington at last year’s event at Whistling Straits. His assistant role in Wisconsin could however be his last in the blue and gold of Europe, with players competing in the Saudi League threatened with a lifetime ban from the Ryder Cup.

What are your thoughts on the Saudi-backed Golf League? Let us know in the comments section below.

Kaymer could be banned from the Ryder Cup and DP World Tour.
(

The PGA Tour are expected to grant permission to players who have applied for the breakaway circuit, however reports suggest the DP World Tour (formerly the European Tour) are still undecided. As well as a Ryder Cup ban, the Surrey-based tour have also threatened omission from competing on their world circuit, despite some of the tour’s biggest names being included on the application list.

As well as Kaymer, the likes of Lee Westwood, Sergio Garcia and Ian Poulter are all said to be hoping to compete in the Saudi Series’ inaugural event next month, despite their DP World Tour membership being in the balance. The four European stalwarts have an impressive 54 DP World Tour titles behind them, leaving the tour with an extremely difficult decision surrounding their futures, if they follow through and compete on the breakaway series.