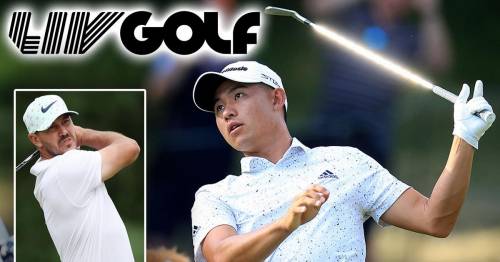 Collin Morikawa fired a dig at golf media members and the controversial LIV Golf Invitational Series amid the news that Brooks Koepka has become the latest PGA Tour star to defect to the Saudi-backed event.

Four-time major winner Koepka is set to be the latest high-profile player to join the lucrative LIV Golf series. The 32-year-old is expected to play in the second 54-hole 48-man tournament in Portland next month, which has a prize fund of £20 million.

The former World No. 1, whose brother Chase joined LIV Golf before it began and played in the opening event at The Centurion Club in St Albans earlier this month, will be suspended by the PGA Tour as a result. Morikawa took to social media to reveal his intentions to stay on the PGA Tour while also firing a shot at media members suggesting the American could join those in joining the controversial series.

“Just your #11 money winner on PIP here to say good morning to everyone!” Morikawa, the two-time major winner, wrote on Twitter. Last week at my press conference, I said the media loves creating drama.

“Sure enough, I woke up this morning to everyone thinking I’m next. Not to say I told you so but…I told you so.

“To state for the record, once again, you all are absolutely wrong. I’ve said it since February at Riviera that I’m here to stay on the @PGATOUR and nothing has changed. Now if you’ll excuse me, I’ve got some cereal to pour in my milk.”

Which golfers do you think will follow Brooks Koepka to LIV Golf? Let us know in the comments section.

The highly-anticipated LIV Golf series made its debut at The Centurion Club in St Albans last weekend, with the likes of Phil Mickelson, Dustin Johnson and Sergio Garcia headlining a mixed field in terms of big name pull and talent. Charl Schwartzel, the 2011 Masters champion, secured a one-stroke victory and a £3.86 million payout.

The Saudi-backed LIV series is the most lucrative golf tournament in history. The lucrative eight-event series, which is funded by Saudi Arabia's Public Investment Fund (PIF), has a prize pot of just over £200m for 2022, while an extra £1.6 billion has reportedly been secured to expand the event to a 14-event league by 2024.