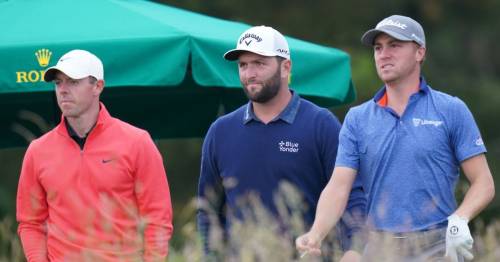 A group of almost 2,500 family members affected by the tragic 9/11 terror attack have thanked the loyal group of PGA Tour members for not defecting to the Saudi-backed LIV Golf Series. 15 of the 19 hijackers on September 11 – including Osama Bin Laden – were Saudi nationals.

The controversial LIV Golf circuit has sent shockwaves across the sport in recent months, after enticing in some of the world’s biggest names with mega-money offers funded by the Saudi Arabian Public Investment Fund. In spite of the eye-watering amounts in signing fees and prize money on the table, a number of golf’s best players have remained loyal to the PGA Tour.

As a result, those who have chosen not to take the contentious plunge have been thanked in a letter by ‘the spouses, children, parents and siblings of those who died and who were injured’ during the 2001 attacks.

“Thank you for resisting the Kingdom of Saudi Arabia's efforts to cleanse its reputation by buying off professional athletes." Describing the LIV Golf funding as ‘blood money’ the letter continued: “Some of your fellow PGA Tour members have traded their dreams of earned success for easy money – indeed, blood money – whether they need those funds or not.

Phil Mickelson is one notable name to make the LIV Golf switch.
(

“They include some of the richest in the field, who justify their roles in Saudi Arabia’s efforts to sportswash by simply, and astoundingly, looking the other way. They do so casually when asked the hard questions or are faced with the uncomfortable truth: That they are helping one of the world’s worst regimes paper over its crimes.”

The thanks comes after Mickelson and his fellow defects also received a letter from a 9/11 survivors group earlier this month, slamming their decision to make the Saudi switch. Responding to the note written by Terry Strada, the national chair of 911familiesunited.org, the 52-year-old said he had ‘deep empathy’ for the families affected.