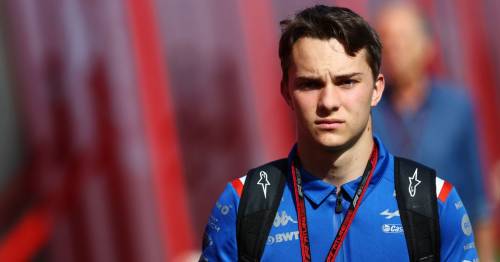 Fernando Alonso looks set to extend his long Formula 1 career with Alpine reserve Oscar Piastri on the brink of signing for another team.

The Spaniard's current deal expires at the end of the season, and the 40-year-old has provided little clarity over his future up to now. Alonso now holds the record for the longest F1 career ever, and could choose to extend it further beyond this season.

Alpine had previously said that they would prefer to keep the two-time world champion around if he was willing to continue racing. And they may well get their wish, following a report that the veteran's successor is on the brink of joining another team in a loan-style deal.

According to The Race, Piastri is "closing in" on a move to Williams for the 2023 season, where he would make his F1 debut. The reigning F2 champion was overlooked for a place on the grid this season, but has been keeping himself busy as a reserve and test driver for Alpine.

Esteban Ocon is contracted to the team until the end of the 2024 season, meaning the young Australian's only chance of an Alpine spot for next year would be if Alonso decided to leave. The news that he is set to join Williams is evidence that the team is, at the very least, highly confident that the Spaniard will be staying put.

Making way for Piastri in the Williams garage will most likely be Nicholas Latifi, with his contract also expiring at the end of the year. His father's funding has kept him in the sport until now, but the Canadian's performances just haven't been good enough to convince that he is capable securing of the results required from the team.

"I definitely feel I'm under pressure, that will be the same for any driver who doesn't have a contract for the following year," Latifi admitted at the weekend. "I know I have to improve, I want to improve, I'm not happy with the way things are right now, so I just try and keep making steps to improve it."

Piastri is likely to partner Alexander Albon next season, whose Williams career has got off to a strong start. The British-Thai racer has scored three points so far this season – not a huge total on paper, but impressive considering the FW44 has not been as competitive as the team would have liked so far this season.