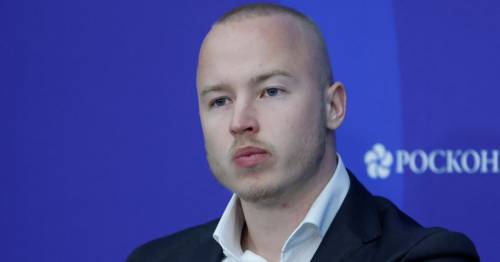 Nikita Mazepin says he will sue Haas for unpaid salary from this season as he continues his feud with the team following his sacking in March.

The Russian racer was dismissed by the team in the wake of his country's invasion of Ukraine. Title sponsor Uralkali, owned by his oligarch father Dmitry, was also cut loose with team chief Guenther Steiner later explaining that the situation was "untenable".

Days earlier, Mazepin and all other Russian racers were banned from competing on UK soil, excluding him from the British Grand Prix at Silverstone despite the fact the FIA had cleared him to race in 2022. In the wake of his sacking, Mazepin and his father were slapped with sanctions by the EU for their ties to Vladimir Putin.

While more than three months have passed, it appears the Russian is still seething about his dismissal. In an interview with Russian media he vowed to take legal action against Haas, claiming that he is entitled to unpaid "salary arrears" from this season.

"When the contract was terminated, Haas had a salary arrears to me for 2022," said Mazepin. "And they still haven't paid it. I'm only talking about the fact that contractual obligations were not fulfilled.

"You also need to understand that we had two independent contracts. And breaking the agreement with [Uralkali] did not have a direct impact on my future in the team. So [Haas] made two separate decisions. I didn't see my money, so we're going to court."

Nikita Mazepin said he will sue Haas for unpaid salary arrears, three months after he was axed by the team
(

The 23-year-old, who failed to score a single point in his one and only year as a Formula 1 driver, used the cancellation of the Russian Grand Prix as an example to back up his claim. He asserted that the race promotor had been compensated by the sport's bosses in a move he felt had shown "etiquette".

"According to my information, Formula 1 paid money to Rosgonki for the cancelled Russian Grand Prix and, thereby, set an example of etiquette," Mazepin added. "There are business relations and you can't go wild, this is wrong. Unfortunately, not everyone is guided by this."

Mazepin was replaced for the 2022 season by former Haas racer Kevin Magnussen, who had an instant impact and has so far earned 15 points for the campaign. The Russian's former team-mate Mick Schumacher remains with the team, though he is still yet to finish in the top 10 of any race due to a mixture of back luck with mechanical issues and some high-profile and expensive crashes.