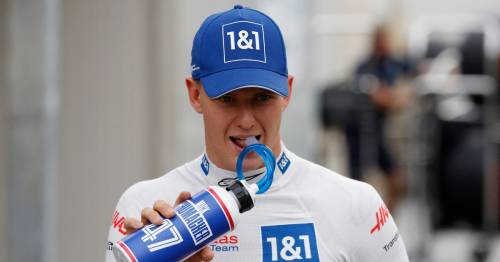 Mick Schumacher has been warned that he will appear "not sexy" to Formula 1 teams if he continues to crash his car and fail to pick up points.

The young German is eight races into his second season in the sport, but is still yet to score a point. That was understandable in 2021 when his Haas car was incapable of being competitive, but that has not necessarily been the case this year.

Team-mate Kevin Magnussen has managed 15 points from three separate top 10 finishes, but such success continues to elude Schumacher. Instead, he has been in the headlines more for his crashes than for any performance he has managed.

Two particularly heavy incidents this season saw his Haas completely destroyed. The first came at the Saudi Arabian Grand Prix, after a crash so forceful in qualifying that he missed the following day's race, while the most recent in Monaco saw his Haas split into two.

Former F1 racer Christian Danner said he would have been "fired immediately" if he had been involved in so many crashes in his time in the sport. "We would have been gone," he told fellow ex-driver and former Arrows team-mate Marc Surer in an appearance on a Sport1 talk show .

Guenther Steiner has publicly called upon Schumacher to buck his ideas up, piling the pressure on the son of seven-time world champion Michael. "It's not very satisfactory having a big crash again," said the team boss after Monaco. "We need to see how we move forward from here."

Addressing those comments, Danner went on to say that cool heads are needed from all sides and that care should be taken to avoid any rash decisions, in the interests of the youngster's racing career. "Mick is a good driver," said the 64-year-old.

"But, if you regularly wreck your car and are a second slower than your team-mate, you're not sexy for the teams. It has to be calm on all sides. Also with those on Mick's side who repeatedly criticise Haas and Steiner publicly."

In response Surer agreed but said Schumacher needs to score points as quickly as possibly to avoid piling even more pressure on himself as the wait goes on. "Guenther Steiner is honest," said the Swiss.

"I like Guenther Steiner because he's honest. When he says something, he means it. Mick urgently needs a sense of achievement. He needs a weekend where he's just lucky and it works. He definitely needs points."

Previous : Ferrari say Charles Leclerc should have ‘comfortably’ won Baku GP in Max Verstappen taunt
Next : ‘My wages no longer cover everything I have to pay out due to soaring bills’