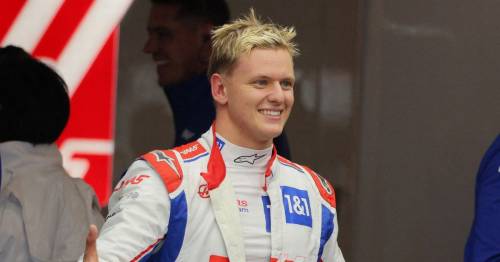 Qualifying sixth for the Canadian Grand Prix was enough for Mick Schumacher to convince himself he is worth his place in Formula 1.

The German has endured a tough second season in the sport. His Haas car was not competitive enough for him to score a maiden point in 2021, though he did enough to convince many people that the future was bright for him if given the right machinery.

Haas have taken a step forward this season, with new team-mate Kevin Magnussen proving as much with 15 points to his name so far. But Schumacher is yet to break his duck, thwarted by a series of mechanical issues and some high-profile errors on his part – including two expensive big crashes.

Schumacher put on a statement performance in qualifying for the race in Montreal, demonstrating strong pace throughout a rain-affected session to qualify sixth. He lost a couple of places at the start but soon found a rhythm – however, he was forced to retire with another car problem after just 19 laps.

After a lot of speculation over his future resulting in increased pressure on his shoulders, the 23-year-old believes his qualifying performance in Montreal proves he is worthy of his seat. "Obviously it's nice to have a good result", he said. "But it's also something to build on. And, you know, just prove to everybody yes, I am here for a reason.

"I was hoping for more, I think there was more in the car and myself, I just didn't maximise the last set because of traffic and other moments. But in general, very, very happy about qualifying. But I think everybody's also cautiously happy about it, just because we still have tomorrow to go for. But overall, I think we've done a good job today, which is good for the team, but also good for us."

Schumacher was once again a frustrated man after the race, this time left to rue not being able to finish through circumstances beyond his own control. "We built the cake, we just didn't get to put the frosting on it," said the Haas racer as he wondered what might have been.

"It's quite upsetting because I think we had a good car, great pace. I'm sure there would have been a good reward for our hard work this season, but we have to wait longer.

"We came from a few tough races now but it's not the first race weekend that was good. I felt like this was especially good because the whole package was good. We had no issues on the car, we were able to feel comfortable in every situation, we knew we had a good pace as well.

"It's obviously very frustrating but these things happen, it's Formula 1, everything is quite on edge. We've got to swallow that pill, again we have loads of positives things we can take from here. Really excited about the next one."

Previous : Max Verstappen not a ‘true champion’ as F1 icon ‘disappointed’ he didn’t crash in Canada
Next : Inside glitzy Tory Summer Party where donors bid £120k for dinner with Boris Johnson