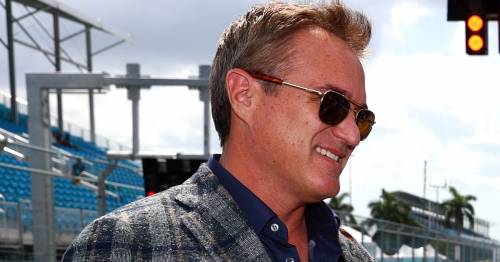 The inaugural edition of the Miami Grand Prix was a financial flop after failing to generate the kind of revenue expected from its first edition.

Florida welcomed Formula 1 to its shores despite a late attempt from local residents to stop the race. The show went on as planned around the Hard Rock Stadium, but the curtain-raiser was plagued by complaints from drivers criticising the track.

Two-time world champion Fernando Alonso suggested certain drivers had made the FIA aware they felt the "the tarmac is not F1 standard." But Tom Garfinkel, a managing partner of the new Miami event, is determined despite the race's failure to generate profit in its first year.

"If you'd asked me six months ago, I would have expected the event to make money given how revenue has been going," Garfinkel is quoted saying to Sky Deutschland (via GrandPrix.com ). "But if you look at expenses, we're not going to make any money this year."

Garfinkel is president and chief executive of both the Miami Dolphins and the Hard Rock Stadium. He's also gained motorsport experience working with the Chip Ganassi team in IndyCar, though the Miami GP is his first venture into F1 affairs.

Formula 1 has signed a 10-year agreement to stage an annual Grand Prix in Miami, meaning the race is set to return in 2022. There may be alterations made, however, such as omitting the fake marina sat trackside that earned scrutiny from many spectators.

Do you think the inaugural Miami GP was a success? Let us know in the comments section.

"It was very important to us to offer a great event," added Garfinkel. "The costs far exceeded our expectations, but that was because we did everything we could to develop the Formula 1 brand and the type of event that we wanted to represent."

He also admitted "there are a lot of things" the organisers can do better in order to improve. "But there are also some things that went really well. The feedback has been very positive from the teams, the drivers, Formula 1 and the FIA."

Despite the quality of the race not being entirely up to scratch for drivers, the Miami GP proved a sell-out hit with those in attendance. After packing out its 87,500 capacity across the weekend, organisers will look to increase that figure to 100,000 in time for the 2023 race.

Previous : Toto Wolff admits Mercedes could revert to old car amid Lewis Hamilton’s dismal start to season
Next : Lewis Hamilton slammed for being “too preoccupied with nonsense” amid Mercedes woes