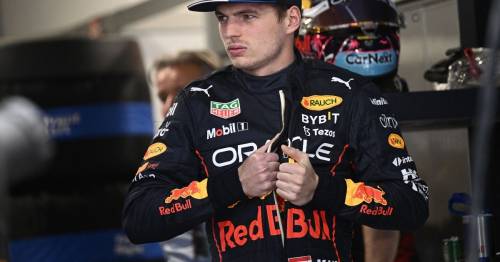 Max Verstappen is concerned by the reliability problems with his Red Bull car. The Dutchman has produced mixed results so far this season, winning the three races in Jeddah, Imola and Miami, but failing to finish the other GPs in Bahrain and Australia.

Teammate Sergio Perez also failed to finish the opening race of the campaign and despite squandering some opportunities to score points, Red Bull sit just six points behind Ferrari who lead the constructors' standings. Before the sport heads to Catalunya for the Spanish Grand Prix next weekend, Verstappen explained what his team needs to improve.

“We just have to nail down a really positive weekend without issues,” he said when asked about his ongoing reliability problems. I think, of course, Imola we had that, but it’s still a bit of a hit and miss too much. So we just have to make sure we are more reliable and more on top of things.

“But as you can see, the car is quick. I’m very happy about that. I mean, if you would be slow and reliable, that’s probably also not a good thing.” Team principal Christian Horner insisted the car is ‘not fragile’ and that the team is working to solve all issues.

“I think there have been niggly things you would normally have seen in pre-season testing that have only reared their head as we have got into the season, so that’s been frustrating,” Horner said, as reported by GPFans. "We are working closely with HRC (Honda Racing Corporation) and they are giving us great support, so I think we will get those ironed out.”

The 24-year-old became the first driver to win the Miami Grand Prix on Sunday as he cut the gap at the top of the Formula 1 drivers' standings down to 19 points. A late safety car bunched the field after Pierre Gasly caused Lando Norris to spin out during an attempt to re-enter the track.

Leclerc was unable to capitalise, however, as Verstappen's RB18 proved too powerful and grew his lead to more than a second on his way to back-to-back victories. An elated Verstappen described the inaugural race as an "incredible grand prix," adding he was "incredibly happy" to win the event.

Elsewhere in the race, Charles Leclerc started on pole but had to settle for second at the Miami International Autodrome circuit, while Lewis Hamilton claimed his third top-10 finish this term after ending in sixth, one place behind team-mate George Russell.

Previous : Two men fighting for life after being injured in scaffold collapse on building site
Next : Mercedes see ‘changing of guard’ as Lewis Hamilton told George Russell usurps him as No 1