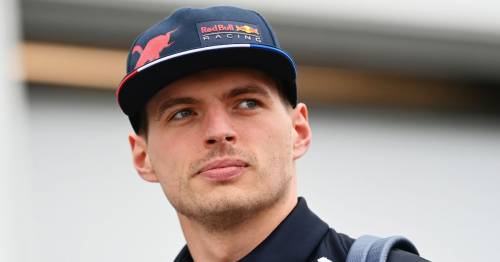 Max Verstappen expressed his disappointment in reaction to news that the FIA will change F1 rules in the middle of the season.

The sport's governing body said on Thursday it would take action in the interest of driver safety. That announcement came in the wake of the Azerbaijan Grand Prix weekend, which saw several drivers complaining about pain and risk – Lewis Hamilton included.

Its technical directive warned teams that it would be implementing a maximum limit on the amount of bouncing a car is allowed to do before it is deemed unsafe. Any team which breaches that rule would then face a penalty.

It could be seen as good news for Red Bull – as they have largely eliminated their own porpoising problems without sacrificing performance, they are unlikely to fall foul of this new limit this season. But all the same Verstappen feels the FIA should not have got involved on this issue, while taking a swipe at Mercedes and their F1 rivals.

"I think it's a bit disappointing that again there is a rule change mid-season, I would say," the Dutchman told RACER. "It's not even about affecting us more or less than other teams, but it shouldn't be that one team is complaining a lot and suddenly then they change the regs around it.

"I think there are a lot of teams that actually did an amazing job to not have these kind of issues, so it is possible to drive around it. If you raise your car then you won't have these issues, but you lose performance. But if you can't design the car properly for that then that's your fault, it's not the regs' fault. For me that is a bit of a shame."

Verstappen has received backing on this subject from title rival Charles Leclerc, who also feels it is up to the teams struggling to fix the issue to find a resolution which does not compromise their own performance. Unlike Red Bull, Ferrari could find themselves having to raise their own ride height as they still do suffer from some porpoising.

"The team is responsible for providing me with a car that is good to drive. I haven't had a problem with it so far," said the Monegasque. "We have to be careful how we judge data from different cars. Per team you have to see how bad [the bouncing] is."

Meanwhile, Mercedes ace George Russell welcomed the intervention from the FIA – even if it does end up affecting his car more than others going forward. "If there's change you never know if it's going to go for you or against you. We, as drivers, have spoken about this, that we want change moving forward because what we went through last weekend wasn't sustainable," he said.