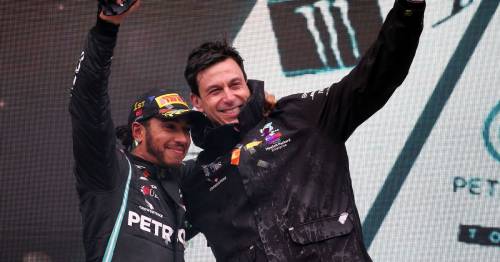 Mercedes chief Toto Wolff provided a big hint about Lewis Hamilton 's future in Formula 1 as he mused over Pierre Gasly 's chances of a seat with the Silver Arrows.

The French racer is on the lookout for an opportunity with a top team after the door was closed to a Red Bull return. A new contract for Sergio Perez means there will be no opportunity in the team's lineup until at least the end of the 2024 season.

With Ferrari 's drivers Charles Leclerc and Carlos Sainz also secure for the next few years, Mercedes is the only other team capable of matching Gasly's F1 ambitions – this season's struggles notwithstanding. But George Russell is set to be with the Silver Arrows for years to come, and Wolff has shut down suggestions of Hamilton leaving as well.

Asked if Mercedes would consider Gasly or another driver ready to make the step to a top team, Wolff replied, as quote by Motorsport.com : "No door is open for us. We have one strength – it's the two guys – and if I looked at the driver market and what's happening there, it would just distract me."

Hamilton insists he is still loving his racing career and intends to continue in F1 until at least the end of his current deal, which expires at the end of next season.

That means there may be a spot open at Mercedes in 2024 – unless the 39-year-old Hamilton extends his stay – but even then Wolff says it is too early to discuss such things.

"Are we starting talking 2024 contracts? In June 2022?" he added. "No, we are in a happy place with Lewis. There is no doubt that we are embarking the season and the next one in a good place but it's too early to discuss 2024. But having said that, I couldn't wish for a better driver pairing."

If a chance to join Mercedes fails to present itself, then McLaren may be the other big option for Gasly. Daniel Ricciardo is currently partnering the settled Lando Norris, but the Australian has struggled for form and the team could choose to move on once his deal expires, also at the end of 2023.

While the team is currently struggling for performance, Aston Martin may be another potential destination if Gasly leaves AlphaTauri. Sebastian Vettel is in the twilight of his career, while there has been a suggestion that Lance Stroll could be axed by his team owner dad unless his own results improve.