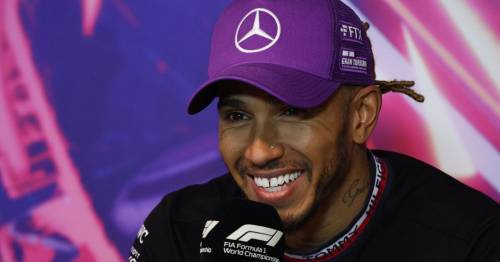 A veteran racing star has heaped praise upon Lewis Hamilton for his "handy and smart" performance at the Canadian Grand Prix.

The Briton tamed a difficult to drive Mercedes and took advantage of the misfortune of others to end his day by standing on the podium. He finished third behind winner Max Verstappen and Ferrari racer Carlos Sainz, and one place ahead of team-mate George Russell whose consistent streak continues.

Hamilton's performance, a week after being left in agony by violent porpoising from his car in Baku, has been celebrated by veteran racer Tom Coronel. "For me, Lewis was the driver of the day," the Dutchman told Motorsport.com. "You can see that he is getting back on track and that he was handy and smart.

Coronel also backed Mercedes to improve the performance of their W13 and present a genuine challenge to Red Bull and Ferrari on race weekends. "Mercedes is a team that can make the steps," he added. "They have the people, the smarts and the money. They have to be able to get close.

Coronel was unimpressed by a fifth-placed finish from Charles Leclerc
(

"But they have opted for a certain philosophy with those narrow sidepods. They want to build on that. They taste potential, but it's not there yet. I hope they come in. When two dogs fight over a bone, the third goes with it. Then we get more people to ride in front, because Russell and Lewis should at least be able to fight for the championship."

However the 50-year-old, who currently competes in the World Touring Car Championship, had far fewer positive things to say about Charles Leclerc. The Ferrari driver was hit with a grid penalty and raced from the back to finish fifth in Canada, but Coronel believes the Monegasque should have done more over the 70 laps.

"Leclerc? Come on – fifth from the back," added the Dutchman. "With that car he should have just been third after [Sergio] Perez's retirement. Done. He should have been further forward. I didn't think it was very special."