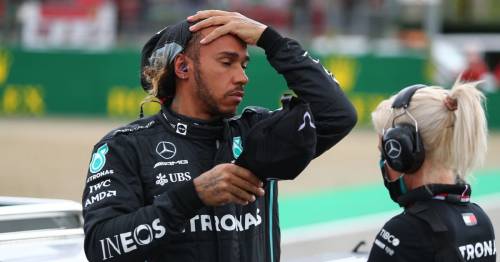 Lewis Hamilton lost two kilograms after the first day of practice ahead of the inaugural Miami Grand Prix.

All the drivers in Sunday’s 57-lap race are bracing themselves for some of the most testing conditions likely to be witnessed during the 2022 F1 season, with temperatures expected to climb above the mid-thirties.

“The race is going to be really tough,” declared Hamilton. “I’ve already lost a couple of kilos in one day. The heat reminds me a little bit of driving in Malaysia. Kuala Lumpur is still number one in terms of the heat, then Singapore, and now here in Miami.”

The 192-mile race, on a new track that is unfamiliar to the drivers, will be a severe test for Hamilton and his rivals. But Hamilton’s Mercedes team-mate believes the conditions will actually work in their team’s favour.

George Russell, who was fastest in the second practice session on Friday, explained: “We always knew that the warm conditions here in Miami would suit our car better – we’ve suffered from getting temperature in the tyres at previous races so that is a big factor here.

“The car is running well but we’re not getting carried away. It was probably the most productive Friday we have had this season in terms of learning. We know that the porpoising will always be there but maybe it’s working at a lower range compared to where we were previously.

Where do you think Lewis Hamilton will place in Miami? Let us know in the comments section.

“You generally have races that go in your favour and some that go against you. Imola obviously was not a strong circuit for us but from what we have seen so far, the car seems to work well around Miami.

“It's a unique circuit, I was a bit unsure how I would take to the slow-speed tight section underneath the bridge, it's a bit of a head-banger through there, but for the rest, they've done an amazing job – undulating in sections, with high-speed corners, I think it's great for the fans.”

Having finished fourth in second practice, Hamilton was also optimistic but not quite as bullish as his 24-year-old Mercedes running partner. He said: “The car feels similar to me but we seem to be quicker and we've obviously improved in places. We still have the bouncing so we haven't cured it but bit by bit, we're improving the car.”

Even though he has come in for some criticism from former drivers over the past couple of weeks, Hamilton has cut a relaxed figure in Florida and has even taken a conciliatory stance in the jewellery row.

After turning up for his pre-event press conference with an array of watches, rings, necklaces and piercings – in an obviously humorous show of defiance – Hamilton, 37, now seems to be ready to comply with the regulation that says all drivers should not wear jewellery in the cockpit of the car.

But the FIA has given him a ‘grace period’ to remove his nose stud.

Sunday’s first Miami Grand Prix will get under way at 8.30pm UK time.