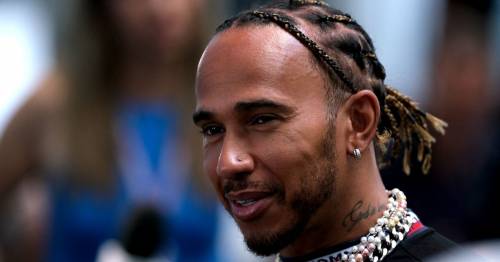 An unfortunate start to the Formula 1 season could go from bad to worse for Mercedes star Lewis Hamilton as he risks facing the FIA 's wrath over his jewellery.

Motorsport's governing body is enforcing its ban on drivers wearing jewellery in the cockpit more strictly. This includes rings, necklaces, watches, earrings and other accessories, with drivers facing fines of £42,000 if they fail to adhere to the rules, rising to £215,000 for repeat offenders, per The Telegraph.

However, it's understood point penalties could also rank among the punishments should drivers fail to fall in line. Such a setback could be a hammer blow for Hamilton in his search for a record-breaking eighth world championship, even if it already looks out of his grasp this season.

Hamilton finished sixth in Sunday's Miami Grand Prix and occupies the same position in the drivers' standings after five races this season. A third-place finish in the season-opening Bahrain Grand Prix remains his best result of the campaign thus far.

The 37-year-old has been given a two-race exemption to remove his nose stud and certain ear piercings, which he insists cannot be removed with ease. Hamilton initially appeared open to meeting the new requirements, though he's since taken an even firmer stance against the ban.

"No," he replied when recently asked if he plans to comply with the new jewellery restrictions. "I got an exemption here and I will get exemptions for the rest of the year. Wedding rings are allowed. I will wear four watches next time. This whole safety thing, man.

Where do you think Lewis Hamilton will finish the 2022 season? Let us know in the comments section.

Hamilton's exemption will expire at the Monaco Grand Prix on May 29, from which point the FIA can punish him should he continue to wear banned items in the cockpit. The Briton has won in Monte Carlo on three occasions, most recently lifting the Monaco crown in 2019.

The threat of fines may not greatly concern Hamilton or Mercedes in their bid to gain momentum this season. Points on his licence could be treated more seriously, however, putting him in an awkward position opposite the FIA's new president, Mohammed bin Sulayem.