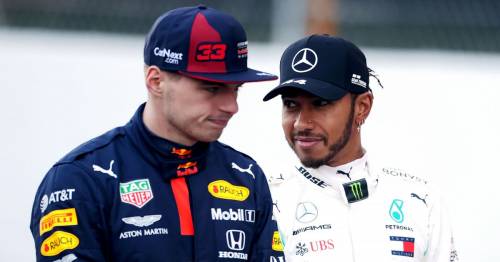 The FIA have sent a warning to F1 title rivals Lewis Hamilton and Max Verstappen.

The Mercedes driver disagreed with their decision not to penalise the Dutchman for his move in during the Sao Paulo GP, which forced him off the track when trying to overtake.

The Red Bull racer then claimed he gets “no presents” after he was given a five-place grid penalty for ignoring yellow flags during qualifying for the Qatar GP.

In response to the driver’s grievances, the governing body’s director Michael Masi has stressed that the rules are 'clear' and that the FIA assess incidents on a case-by-case basis.

“I think it's been made clear to them what is expected,' he said via The Sun .

“I think some of them agree, some of them disagree. That's always with each and every one of them, they have agreed and disagreed all the way through.

“We've given them some overall guidance, but also been very clear on the fact that each and every case will be judged on its merits.”

The decisions made by the FIA could have huge implications on the title race, but Masi explained he is not the only person who decides which punishments to hand out when matters are brought to the FIA’s attention.

“There is a panel of independent stewards, contrary to what many people think, I'm not the one sitting there as judge and jury.”

Also slapped with an FIA punishment was Red Bull team principal Christian Horner, who was issued a warning by stewards for an alleged breach of 12.2.1 f and 12.2.1 of the international sporting code this past weekend.

He was summoned to the stewards after suggesting one of the marshals wasn’t doing his job properly and labelled them a “rogue marshal," and was given a warning.

“To be honest with you, we are really struggling to understand it. It looks like a complete balls-up,” Horner told Sky F1.

“The FIA effectively said ‘play on’ on the circuit and it was safe and clear, and Max was in the beginning of the first sector so he had so much time to look at it. The dashboard on his steering wheel is indicating everything is fine, otherwise we would have informed him.

“Unfortunately, there’s a yellow flag and he just didn’t see it.

“I think it’s just a rogue marshal that stuck a flag out and he hasn’t been instructed to by the FIA. They’ve got to have control of their marshals. It’s as simple as that.”

Vertsappen carries a slender eight-point lead into the penultimate race of the season in Saudi Arabia.

After a dominant victory at the Qatar GP on Sunday, Hamilton insisted there is time to rest on his laurels as he pursues a record 8th F1 world title.

“There is no time to celebrate, no time to rest, we just keep our heads down and keep racing,” he said.

“This past three weeks have been so difficult for everyone with such big distances between the races.

“Of course the race was made a lot easier with the penalties that the guys received for the mistakes they made yesterday, that made it a lot more straightforward so it was about managing the gap at the front and keeping everything safe.

“I feel great, I feel in the best shape physically than I have been all year. The car is feeling better than ever and I feel positive going into the next couple of races. I feel they should be quite good for our car and I’m looking forward to the battle.”