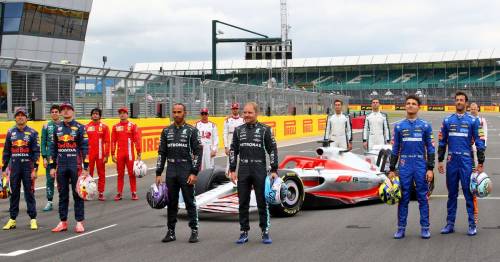 F1 teams could use some creative "trickery" to make the most of the new technical regulations which will come into force for the upcoming season, a McLaren engineer has said.

The hybrid era, which began in 2014, has been almost entirely dominated by Mercedes, with Max Verstappen becoming the first driver not employed by the Silver Arrows to win the title in that time.

Red Bull joined Mercedes last season in being well ahead of the rest of the pack in terms of the capabilities of their cars.

But the new rules for the 2022 campaign will, it is hoped, shake up the order and lead to more teams battling for pole positions, race wins and perhaps even the world championship.

Those rules will lead to some major changes in the way the cars look, with larger wheel rims and new lower-profile tyres, revamped aerodynamics and more simplified front and rear wings.

There has been much discussion about rear wings in particular, especially as the controversial drag reduction system will still be in use for 2022.

Testing to make sure rear wings are compliant with the new rules are also set to become more stringent, particularly in light of Lewis Hamilton 's wing in Brazil last year which was found to be illegal.

McLaren technical director James Key has discussed the focus on elasticity among engineers across the paddock, with teams hoping to use it to get an edge over their rivals while still passing the more ruthless tests.

"I think the sensitivities around elastics certainly have changed," Key said, per the Independent.

"It's well understood that from the regulations that have been discussed of late with how to better manage flexible… I shouldn't say flexible components, but components that can flex and make a difference is probably more accurate.

"Some of the tests are more stringent I think so the rear wing tests, for example, will be a little bit tougher. Some of the things that have happened earlier in the year have carried through into '22 and I think there is a lot of attention being paid to that.

"Front wings similarly, and the front wing in '22 is a massive thing but it has still got a stringent set of guidelines on stiffness. So I think there will always be a few tricks to play but I don’t think there's going to be something easy to exploit there."

Key went on to say team will be doing what they can to get the most out of their rear wings in this way.

But the McLaren engineer also warned that there has to be proper regulation in this area, or there could well be controversies and ill-feeling down the line.

"There are various new tools to play with in 2022. It will probably become some sort of issue I'm sure, but it's not something that the teams or the FIA are ignoring," Key added.

"It's a fairly clear area where we need to be careful to regulate correctly."