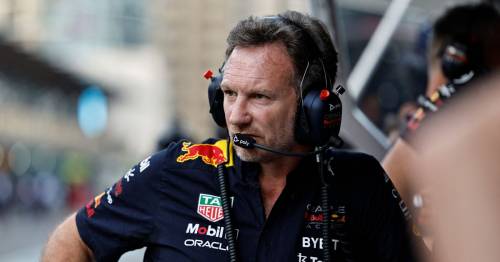 Red Bull boss Chrstian Horner has slammed the FIA’s ‘very unfair’ plan to ban porpoising, whilst also taking aim at fierce rivals Mercedes. The Silver Arrows have endured a number of porpoising problems throughout 2022, in a campaign of struggles for the constructors’ champions and their cars.

The issue within the Mercedes vehicle has caused chaos for their star man Lewis Hamilton, who has since suffered with back pain. After Hamilton had to be helped from his car due to the injuries last week, the FIA have decided to come down hard on the problem that has plagued a number of teams this campaign.

As a result, the governing body has imposed a strict limit on “vertical oscillations”, warning there will be punishment for those teams that do not comply.

Horner however believes this ruling is unfair on the majority of the Formula 1 field, who are being penalised due to his rivals Mercedes ‘getting it wrong’. He told the Telegraph : “It seems very unfair, under a set of regulations, to say that just because they’ve got it wrong, everybody else has to change. There’s an inherent cost with that, which, under a budget cap, is very tricky to accommodate.

Continuing to question the FIA’s policy he added: “It’s never a healthy precedent. I landed last night and was confronted with this. I’m not sure what the consultation process was. We need to understand from the FIA, how do they intend to police this? What are the metrics, the what-if scenarios?

Do you agree with Horner's complaints? Let us know your thoughts in the comments section below.

Christian Horner is less than impressed the FIA's ruling.
(

“I can see that their intent is well-meaning, but the execution is tantamount to a regulation change.” Despite many experts claiming the ruling could well benefit Horner and his team, the Red Bull chief believes that instead of punishing the majority of the field, Mercedes’ problematic car should just be disqualified instead.

“If a team operate a car in what the FIA deem to be a dangerous manner, there is always the option of a black-flag,” Horner added. “If they knew they were going to be disqualified for running a dangerous set-up, they would raise the height of the car, and then the driver wouldn’t experience the porpoising. But of course, that would be to the detriment of aerodynamics.

“There’s a bigger picture we need to look at, beyond whether one team wins and one loses. Is it the right thing to be doing? Has it been implemented in the right way? This is one of those situations where some teams are coping OK but one team in particular isn’t. Should we change everything for one team? Or should that one team sort its issues out?”