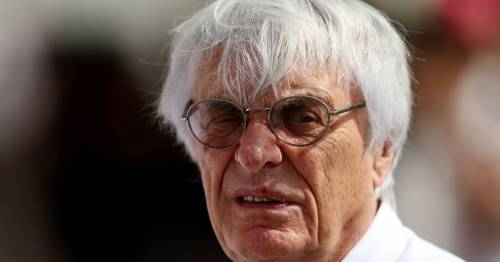 Bernie Ecclestone feels let down by Ferrari this season with "errors creeping in again" for the Italian team.

Ferrari enjoyed a strong start to the season, with Charles Leclerc winning two of the first three races in a car which looked better than any other. But Red Bull have won every race since, and Max Verstappen has emerged as the title favourite while the Scuderia has had to contend with engine reliability problems.

When the car has been performing, human error has played its part including a spin for Leclerc at the Emilia Romagna Grand Prix. That was later followed by a huge pit stop blunder in Monaco, which cost the Monegasque racer a win in front of his home fans and left him raging at his team.

The whole situation has left Ecclestone unimpressed, causing the 91-year-old to reveal his disappointment that the Italian team appears to be squandering a good opportunity to return to the top of the sport. He also named Leclerc as he bluntly assessed their chances.

"I hoped with many people that Ferrari would make it again after more than 14 years," he told Blick. "Unfortunately, I have to say that anyone who continues to put their money on Ferrari or Leclerc will get nothing.

"Errors are creeping in again at Ferrari. The reliability is often reminiscent of the old days and the drivers themselves are not always confident on the road. So Max has an easy time in the Red Bull with six wins already."

Leclerc is 49 points adrift of Verstappen in the drivers' standings, as the Red Bull man won the Canadian Grand Prix while his Monegasque rival could manage only fifth after starting at the back of the grid. The gap in the constructors' table is even bigger, with Ferrari 76 points off the pace.

Leclerc has endured some difficult moments this season
(

"With Charles, we had a very peculiar weekend because we came in knowing we would have to start from the back of the grid," said the team's sporting director and head of race strategy Inaki Rueda. "Knowing this, we arranged his whole weekend differently.

"His tyre allocation for Friday was different, his qualifying plan was different, even his race starting tyre was different. Starting P19, Charles' objective was to overtake as many cars [as he could] in the first stint and then do what we call an offset strategy.

"Charles managed to do a very good stint and from P19 on the grid, he found himself running P6 early on in the race. Now, when he got to [Esteban] Ocon, he found himself behind a car with much fresher tyres. Charles tried with all his might but he could not overtake Ocon.

"At that point, we were trying to gap a big group of cars at the back but we saw that Ocon's pace was not good enough to gap them. But a slow pit stop made Charles come out behind that whole group. Charles did a good job and he managed to overtake all the people to then stay out during the safety car and finish P5."