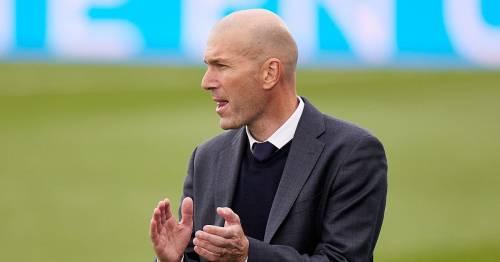 Paris Saint-Germain boss Mauricio Pochettino is a top-level coach at an elite club who arguably have the best collection of players in world football.

The French club already have one hand on this season’s Ligue 1 title – 11 points clear at the top of the standings while rarely moving out of second gear.

Yet football is not that straightforward and there is much more nuance behind his position at the club, which is becoming increasingly uncertain.

Indeed, PSG’s star-studded and top-heavy squad is almost the antithesis of Pochettino’s coaching priorities of relentless, organised pressing and a great sense of collective direction.

The Argentine is the number one contender to be the next permanent Manchester United boss and Mirror Sport exclusively revealed that the former Tottenham coach is United's number one option to replace Ole Gunnar Solskjaer.

HAVE YOUR SAY! Would Mauricio Pochettino be a successful managerial appointment at Man United? Let us know in the comments section below

The Red Devils are on the lookout for a new manager following the sacking of Solskjaer and Pochettino appears to be the ideal candidate, with only his availability a major stumbling block.

Reports from French outlet Foot Mercato have progressed reports from the Manchester Evening News that not only is Pochettino open to leaving PSG now to move to Old Trafford, but his entourage have already made contact with United.

Of course, nobody can force PSG into a decision that the French club do not want – as evidenced by Real Madrid’s failed transfer attempt to sign Kylian Mbappe this summer.

But PSG may already have their ready-made replacement to succeed Pochettino: Zinedine Zidane.

Zidane has reportedly rejected Manchester United interest due to his basic level of English and his family’s lack of motivation to relocate to northern England.

There has been speculation that the former midfield maestro is biding his time for the French national team job to become available, with Didier Deschamps expected to depart after next year’s World Cup.

Yet that is still over 12 months away and Zidane has already been out of the game for half-a-year, and while he may be in no rush to return to management, there will be an awareness that a prolonged absence may see his stock drop.

The Spanish giants were almost the ideal role for Zidane, who did not pretend to be a top-level tactician nor a coach who would develop players over the long-term.

But there is arguably nobody better than the Frenchman at managing big-name players, massaging egos and building dressing room unity at a club who often appear to be pulling in several different directions.

The only club that would fit Zidane’s profile better than his former club would be Paris Saint-Germain – a move that would provide minimal disruption to his family life.

Zidane has spent his post-playing career between his home in southern France and Madrid, so a relocation to Paris rather than Manchester would be an entirely different proposition.

The Frenchman has a much less defined playing style than Pochettino and his strengths instead are focused on man-management, so who better than to lead a dressing room of stars including Lionel Messi, Neymar and Kylian Mbappe?

The French striker is another key component which would mean that the appointment of Zidane would hold particular interest in Paris.

Mbappe grew up as a Real Madrid fan and is reportedly intent on joining the Spanish giants as a free agent next summer, with PSG desperate to renew his contract and avoid such a scenario.

What better way to change the 22-year-old’s than appointing Zidane; who, as a midfield maestro during his playing career, was Mbappe’s idol.

Zidane – who led France to the World Cup trophy prior to Mbappe’s birth – is held in great esteem for Mbappe, who grew up in awe of his majestic skills whilst playing for Madrid and France.

Mbappe’s piece on The Players’ Tribune, entitled “A Letter to the Young Kylians” recalled his most memorable childhood encounter, when he – aged 14 – met Zidane, a memory which he still savours.

Zidane’s appeal to PSG would stretch far beyond his potential impact on Mbappe’s future and they would be looking at the three successive Champions League titles he won in the Spanish capital.

That is the one title that has continued to elude the French club despite sustained, heavy investment in their playing squad and multiple management teams.

Zidane is available immediately, and he is unlikely to resist an approach from PSG in the same manner that he did with United not least because of the challenges they represent.

A move to the Parc des Princes places him in a position where he can add to his already enviable trophy collection, such is the club’s likelihood for domestic dominance this campaign.

He will inherit a ready-made squad for him and will have between two to three months before the Champions League knockout stages commence – allowing him sufficient time to settle in the role.

Zidane was twice appointed mid-season by Real Madrid and in one of those he won a European title, so he – unlikely many other coaches – have little reluctance into accepting a new post in the middle of the table.

The same is true for Pochettino, who has been appointed in three of his four managerial jobs in January – Espanyol, Southampton and, earlier this year, Paris Saint-Germain.

There is little doubt that such an operation would come with multiple complications, but these two managerial switches would work for everyone involved.

United would attain their number one managerial target, Pochettino would inherit a squad more fitting to his skillset, Paris Saint-Germain would attain the glitzy coach to complement their squad and Zidane would walk into a job that would be the natural step in his coaching career.

This is a rare manoeuvre that would benefit all parties involved and could prove to be a sliding doors moment for both clubs and managers.

Previous : ‘We are losing sight of the fight against racism by digging up old dirt on Azeem Rafiq’ – Darren Lewis
Next : 3 teens arrested in shooting at suburban Denver high school