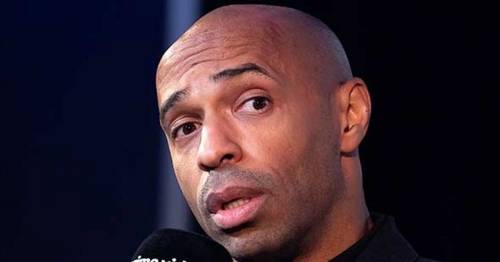 Mikel Arteta's side stormed into a 3-0 half-time lead at the Emirates – but Gunners legend Henry isn't sure the club is progressing under the Spaniard's leadership.

As quoted by The Sun, Henry said: "I don't know if things are going in the right direction. I watched the Brighton game. Did you watch it?

"I was more than happy when we beat Tottenham as we were on a good run but I was waiting to see a performance, away from home, against a team that passes the ball. And, instead, we suffered."

Arsenal have a superb record against Spurs, losing just once at home to their North London rivals in the Premier League during the last 28 years.

Tottenham's only other victory at the Emirates or previous stadium Highbury during that time was a 2-0 League Cup in December 2018.

The Gunners have experienced an indifferent start to their Premier League campaign, losing their first three fixtures – without scoring – but picking up ten points from their last four.

Their most recent result was a goalless draw with Brighton at the Amex – and Henry was far from convinced.

The Frenchman added: "I was waiting to see the Brighton game, to see if we could have the ball and keep the ball, away from home, retaining possession, against a dangerous Brighton side.

"When we used to lose, even after I left the team, it was always said that 'Arsenal don't have a Plan B' and that they passed too much for the sake of passing.

"But I didn't see that from Arsenal in the Brighton match. I saw Brighton do that."

Arsenal's next four Premier League games are against Crystal Palace, Aston Villa, Leicester and Watford before they face title candidates Liverpool and Manchester United in November.

And Henry does have reservations about the latter game, claiming: "United have been better than us but you never know what can happen.

"It took us 14 years to win there again last season but even in my time it was difficult to win there.

"United now have, in Ronaldo, someone who can turn their problems into solutions and they have a good squad."

Previous : Woman’s face ‘shrank like a mummy’ after beauty treatment aged her overnight – World News
Next : When is the next EuroMillions draw? Record rollover jackpot still up for grabs