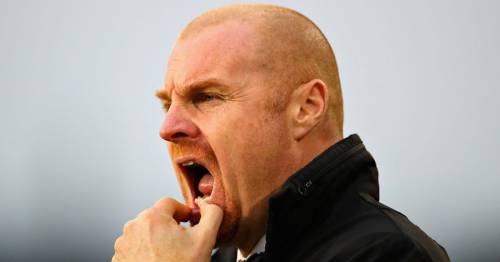 Sean Dyche has broken his silence on being sacked by Burnley, saying that he was surprised by the timing of the decision but admitting that he had not won enough games.

The 50-year-old was shown the door at Turf Moor on April 15 after nine and a half years in charge and Burnley have gone on to take 10 points from their past five games under caretaker Mike Jackson with dark clouds looming overhead amid concerns around their financial status.

The Lancashire side are now above the drop zone on goal difference but with a game in hand on Leeds United, who were outclassed by Chelsea on Wednesday night, and Dyche said it would be a "big achievement" if the Clarets remain in the top tier.

"In Burnley's case, let's face it, that's historically been to stay in the Premier League. That's a big achievement and still will be if they can do it in these remaining games and probably will be for a long time.

"Yes, there's a lot going on – change of ownership, contract situations, injuries, Covid – all of that – but whatever the challenge is I've always thought let's crack on. We've done it with our backs against the wall before. I didn't make excuses then and I'm not going to now. I wouldn't hide behind the simple fact that we didn't win enough games."

Asked if he had seen the decision, made by American chairman Alan Pace, coming down the tracks, Dyche said that only the timing left him surprised. The decision was made five days after a defeat to Norwich and only 48 hours before a trip to West Ham United.

"There's a different vibe, a certain instinct when you've been in the game a long time and you think there's a change of feel,” Dyche added. “The only surprise, if you looked at the season's fixtures you were coming into a block of games where you go, 'OK, they are winnable games'.

"It doesn't mean you'll win them but they were winnable … I looked at them games and thought we'd be fine. You could argue Tottenham away is still tough. The rest you thought, OK, and by the time it comes around the only question mark was I spoke kindly to Alan, who's a good guy by the way and said: 'You know Alan, I'm just amazed by the timing.' It's the Friday and we lost on the Sunday.

"That was probably more of a surprise, the timing, not whether it could happen. Of course it could happen. I'd said for many years that you've got to win games. If you don't win games, you don't stay in the job. It's as simple as that. The timing was a question mark for me but the fact it came my way, I don't have magic dust."