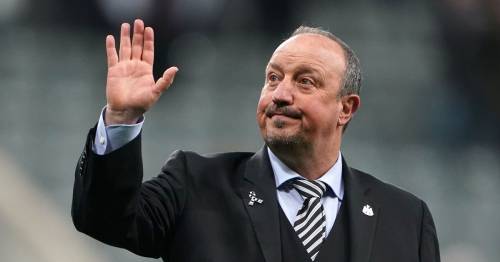 The Spaniard led the Toon to the Championship title in 2016-17 but is believed to be committed to the Toffees.

According to The Telegraph, Benitez is the new owners' ideal candidate for the Newcastle job but he's not keen on the idea.

A Saudi-backed consortium – led by businesswoman Amanda Staveley – completed a £305million takeover of the relegation-threatened club last week and they are expected to sack current boss Steve Bruce shortly.

Ironically, it was Bruce that replaced Benitez at St James' Park in the summer of 2019 when the former Liverpool boss stepped down from his role.

Benitez was appointed Newcastle manager in March 2016 and established them in the Premier League after relegation to the Championship.

It's believed the experienced coach was involved in first attracting Staveley to the idea of purchasing the Toon in 2017 and that dream has now come to fruition.

Many expected Benitez to return to Newcastle when the deal was completed but it's thought he doesn't want to break his three-year contract at Everton, signed in June.

Benitez told the press on joining the Toffees: "I believe this is a club that is going places. I'm determined to play a big part in helping this great club achieve its ambitions."

Rumours suggest the Everton boss doesn't like to break contracts and Newcastle will turn their focus to other candidates in the coming days.

The Portuguese coach, like Benitez, has recently signed a three-year deal at Italian giants Roma and could also be reluctant to jump ship early on.

Mills recently said : "If you're talking about being given money to build a team and be relatively successful, I'd go with Mourinho.

"If you give Jose enough money and allow him to do what he wants to do, he will guide you to success quicker than probably anyone else.

"Newcastle can go slowly and survive this season, next season finish in the top half, then top six.

"But If they want to jump from survival to top four, I don’t see anyone better out there than Mourinho to do that.

Who do you think should be the next Newcastle manager? Comment below

"You'd have to give him absolute fortunes to buy the players that he wants, but he’s one of the only coaches that could do that.

"He could put a team together next week that will be successful, he could do it in the January transfer window.

"The football might not be brilliant but he'll get you winning games that's for sure."