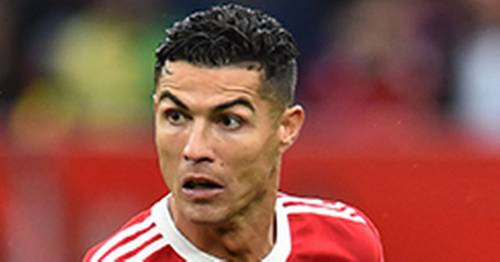 The Premier League's finest forwards have made a blistering start to the season, with three players breaking the five-goal barrier after just seven fixtures.

Liverpool, Chelsea and Manchester City are leading the way in the title race – and the contenders will need to keep finding the back of the net if they are to be victorious.

Much of the attention has been focused on returning Manchester United icon Cristiano Ronaldo, who was named the Premier League's Player of the Month in September.

His rivals will need to have a stellar campaign if they are to stop him claiming the Golden Boot come May, making this season all the more exciting.

Sarr has been a shining light in Watford's poor season
(

Xisco Munoz may have recently got the sack but that was through no fault of Watford's leading scorer Sarr.

The Senegalese forward, 23, has hit the back of the net four times in his seven Premier League appearances this term, helping the team pick up crucial wins against Aston Villa and Newcastle.

Sarr joined Watford from Rennes in August 2019 and suffered relegation in his first season, managing just five Premier League goals as his team went down.

He found his feet in the Championship last term, producing 13 league goals and inspiring the Hornets to automatic promotion.

Watford don't have a lot of quality up front and will need Sarr to continue his prolific form if they are to survive in the top-flight.

Sarr's compatriot Mane continues to show why he's one of the best forwards in the Premier League after a great start to the season.

The Liverpool ace, 29, has scored four goals in seven league games this term, boasting a 27 per cent shot conversion rate.

Mane is now just one goal away from joining the Premier League's illustrious "100 Club" and can achieve the feat against Sarr and Watford on Saturday afternoon.

Liverpool have made an unbeaten start to their domestic campaign thanks to Mane's impressive form, earning 15 points so far.

Injury permitting, Mane will rarely find himself out of the power rankings this season.

Toney is beginning to prove himself as a Premier League footballer following Brentford's promotion from the Championship in May.

The Bees' talisman, 25, may have scored only two goals in seven league appearances this term but there is so much more to his game.

The former Newcastle youngster's clever, tireless runs are a nightmare for defenders, helping Brentford produce an intense style of play needed in the Premier League.

And there's a chance the Englishman will produce plenty of goals yet, finding the back of the net 109 times in 272 league games during his career.

Lukaku has returned to Chelsea and looks at home straight away
(

Chelsea were in need of a striker and Lukaku – one of the world's best – is certainly good enough to fill that role.

The Belgian, 28, has made a good start to his second spell at Stamford Bridge, scoring three goals in six Premier League games this term.

Lukaku was known for his goalscoring exploits during his time at West Brom, Everton and Manchester United – hitting the back of the net more than 100 times in the Premier League.

But the prolific star added a new dimension to his game during his time at Inter Milan under former Chelsea boss Antonio Conte, improving his link-up play and tactical awareness to help them win Serie A.

Lukaku admitted in August: "Technically, I have improved because before, back to goal was not really my thing, I didn't like it, I didn't enjoy it. I'm more of a guy that likes to run in behind, find tight spaces and take players on.

"But as soon as I started getting better with my back-to-goal play, it was better for me because I could score more goals but I could also create more for my team-mates, so my assists went up and I became a more complete player."

Maupay is an ever-present threat for Brighton
(

After two seasons in the top-flight, Maupay is beginning to establish himself as one of the best strikers outside of the so-called "Big Six".

The Frenchman, 25, has scored four goals in his seven Premier League games this term – propelling Brighton up to sixth in the table.

Maupay has been prolific throughout his career, finding the back of the net 85 times in 292 career appearances for Nice, Saint-Etienne, Brest, Brentford and Brighton.

He's previously been compared to Wayne Rooney and Eden Hazard thanks to his natural aggression and flair – and has enough talent to keep Brighton clear of the relegation zone.

But whether the Seagulls can keep hold of Maupay – especially if his form continues – is another question.

Vardy continues to defy his age and his critics
(

What is there left to say about Vardy? He scores lots of goals for Leicester – and that's unlikely to change anytime soon.

The ex-Fleetwood star has notched up six goals in seven Premier League games this season, producing one assist.

Despite his form, the Foxes have picked up just eight points so far and sit in an unfamiliar 13th position in the table.

Thankfully for Leicester, Vardy has no intention of retiring. When asked by The Times about playing in his own testimonial, the player said: "I'm not even thinking about that.

"I want to keep going. I've still got two years left on my contract."

Few players have made a more impressive start to their Premier League career than Wolves' new loan signing Hwang.

Hwang's two strikes in Wolves' most recent game against Newcastle were particularly important, helping them record a 2-1 win and jump up to 12th in the table.

The aggressive forward has scored goals before, hitting the back of the net 45 times during a four-season spell with Austrian giants Red Bull Salzburg.

Hwang's time at parent club RB Leipzig wasn't great – failing to score in his 20 Bundesliga appearances – and Wolves fans will be hoping he can leave that chapter behind.

Ronaldo has returned to great acclaim at United
(

If he stays fit, Ronaldo is going to score a lot of goals for Manchester United this season.

The Portuguese superstar, 36, has already found the back of the net three times in four Premier League games since his return to Old Trafford on deadline day.

Not that anyone needs reminding, but Ronaldo's domestic record at Juventus was outstanding – scoring 81 goals in 98 Serie A appearances, winning two league titles.

And the player wants to replicate that success at United. He told the club's website in September: "I am not here for a vacation.

"As I told you, before was good, winning important things and I wore the shirt before many years ago, but I am here to win again.

Antonio has been in sizzling form in front of goal
(

Antonio has been a winger and right-back during his career – but he's finally producing his best form as a striker at West Ham.

The former Nottingham Forest ace, 31, has scored five goals and produced three assists in six Premier League games this term to become the Hammers' all-time leading scorer in the competition.

His form has helped the team pick up 11 points so far in 2021-22 and achieve some big victories, winning at both Newcastle and Leeds.

Antonio has never notched up more than 10 league strikes during a top-flight campaign – but that record looks set to be smashed in the coming months.

And he's now a full international after making his debut for Jamaica in a World Cup qualifier against Panama last month.

Salah is already a Liverpool and Premier League legend – and he's not even 30 years old yet.

The Egyptian icon, 29, has scored six goals and produced three assists in seven Premier League games this season to lead the way in the race for the Golden Boot.

The highlight of Salah's campaign so far was a tremendous strike against Manchester City, one that triggered a debate over just how good he is.

But Mirror Football columnist and Liverpool hero Robbie Fowler has no doubts, writing: "Mo Salah is, without question, world class.

"In all honesty, we’re ­running out of ­superlatives about him, especially after that goal against Manchester City that had a bit of ­everything.

"If it had been Lionel Messi or Cristiano Ronaldo, it would be talked up even more.

"There were the brilliant touches in tight spaces, the body strength, the pace, the bit of guile and then the ­glorious finish."

Previous : Mikel Arteta insists Arsenal are in a “good place” – but he may have overlooked problems
Next : Savannah Marshall on Floyd Mayweather ticket mix-up and being kicked out of her own show