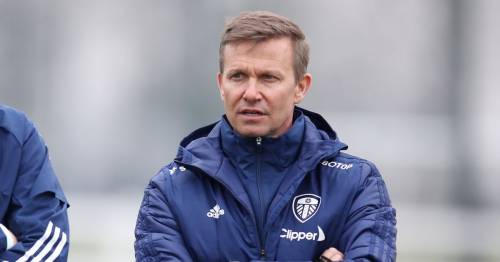 It is hardly “we’ll fight them on the beaches” stuff, but Jesse Marsch is using sayings by Gandhi and Mother Teresa to fire up his Leeds players for their relegation fight.

Marsch believes his players can take inspiration from historical and sporting figures and quoted Gandhi to them before Sunday’s defeat at Arsenal. Pacifist Gandhi may seem a strange choice to motivate Leeds, and his words are hardly Churchillan, but history graduate Marsch felt his quote about self-belief was apt.

The father of Indian independence said: “If I have the belief that I can do it, I shall surely acquire the capacity to do it, even if I may not have it at the beginning.” Marsch read out this saying to his players in the dressing room before they went out to face Arsenal in an attempt to make them believe more.

The Leeds head coach explained: “I use so many figures. I’ve used Muhammad Ali a few times, Michael Jordan is a guy I’m inspired by, Phil Jackson, I would start dating myself if I went back to Vince Lombardi! In the past I have gone back to the 1998 France football team, the 2008 Road to Redemption gold medal basketball team. I love basketball culture, the way they combine university graduates with inner-city kids. There are also historical figures like Gandhi, Mother Teresa, presidents like JFK who have meant something to where we are in the world.

“I have 52 excerpts of books that I sometimes give players when I want to reach them and then hundreds of quotes. I love quotes, I love learning from people of the past, sports figures, historical figures, whoever. The key is learning which messages to use at the right time. Here we are in the stress of relegation, trying to stay strong in our commitment, just trying to find ways to motivate our collective mentality.”

HAVE YOUR SAY! Will Leeds beat the drop? Let us know in the comments section

Jesse Marsch took over from Marcelo Bielsa at Leeds in February

Raphinha does not seem inspired by Marsch’s quotes and the Brazil winger has managed just one goal and one assist in his last 10 appearances ahead of Wednesday’s clash with Chelsea at Elland Road. Raphinha is key to Leeds’ hopes of climbing out of the bottom three and Marsch admits they need to get him more involved. “I like Raphinha’s passion, his personality, his mentality and his desire to win and be a great player,” he said.

“He is a fantastic talent. We have not got enough out of him, that is the truth. We’ve tried to find ways to play with him a little bit wider. We’ve tried to find ways for him to be in transition moments a little bit more, to get him around the goal more. Against the best opponents, it’s not like we’re going to be on the ball in the final third for 50 per cent of the game where we can really get him on the ball.