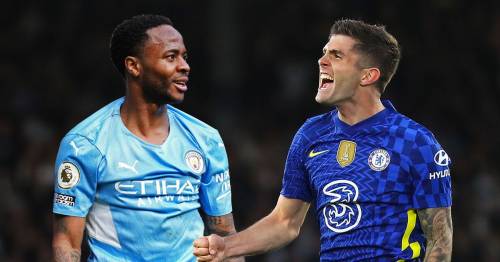 Christian Pulisic has the quality to succeed at Chelsea even if the Blues move for Raheem Sterling, former United States international Brad Friedel says.

Chelsea are expected to be active in the transfer market under new owner Todd Boehly as they aim to improve on last season's third-place finish in the Premier League. One of the players most strongly linked with a Stamford Bridge switch is England forward Sterling, who is entering the final year of his contract at current club Manchester City and is open to joining the London side.

If Sterling does return to west London more than a decade after leaving boyhood club QPR, Pulisic could be among those whose minutes come under threat. With a World Cup on the horizon, the former Borussia Dortmund star may be tempted to look at his options elsewhere, but his compatriot isn't worried just yet.

"You could be at far worse places than Chelsea football club, and if you have to fight for your place, so be it," said Friedel, speaking exclusively to Mirror Football on behalf of 888sport. In addition to Pulisic, Chelsea have the likes of Timo Werner, Kai Havertz, Romelu Lukaku and Hakim Ziyech competing for a limited number of roles, but the ex-goalkeeper remains hopeful about Pulisic's prospects.

"No one has a divine right to start," Friedel continued. "I think Christian is a wonderful footballer and a wonderful talent, and I would think that he would back himself against competition and other players.

"I don't know the conversations between Christian and Chelsea, and between Thomas Tuchel and Christian, so I don't know what has been said. But if the manager says you have to fight for your place, or if he says 'you're in my plans', then Christian should stay of course.

Should Christian Pulisic stay at Chelsea? Have your say in the comments section

"If he says 'You're not in my plans' then he might want to find somewhere else to go. I think Christian's too good of a player for a coach to say that to, and I would assume no matter who they sign that Christian has every chance of playing, provided his form is good."

The situation regarding Pulisic is complicated somewhat by the upcoming World Cup. He played just 22 league games last season, though a series of niggling injuries were a factor, and Friedel has recognised that Pulisic isn't the only member of the United States squad who could use regular game time before taking on England, Iran and Wales in the group stages.

With Zack Steffen playing back-up to Ederson at Manchester City and Matt Turner needing to dislodge Aaron Ramsdale at Arsenal, there's a good chance the starting goalkeeper won't be a regular at club level. Friedel himself had been in and out of the Liverpool team before making his World Cup bow in 1998, but the US men's national team have become more used to starting players with more minutes under their belts since then.

Friedel played for the US at two World Cups
(

That meant Friedel himself in 2002, Kasey Keller in 2006, and Tim Howard in 2010 and 2014. The US missed out in 2018, but Steffen and Turner have both earned minutes as Gregg Berhalter's team booked their place in Qatar.

"If we have all these guys fit and playing games regular, we will cause problems for teams. I'm not saying we're going to win every game, but it will be difficult for anybody to beat us."

Brad Friedel was speaking on behalf of 888sport. Head to 888sport for the latest Premier League odds.

Previous : Runner makes miraculous recovery after dying for THREE hours during mountain jog
Next : Tories to bring in law that lets agency staff do jobs of striking workers