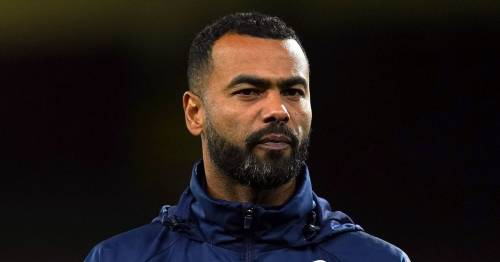 Ashley Cole "feared for his life" when intruders broke into his home in January 2020, a court has been told.

The former Arsenal, Chelsea and England left back said that he thought he would "never see my kids again" as he became emotional during a video of a police interview that has been played in the trial of Kurtis Dilks at Nottingham Crown Court this afternoon.

Dilks, 34 and of Clifton in Nottinghamshire, is accused of being part of a gang who smashed their way into Cole’s Surrey home with a sledgehammer at about 9:30pm on January 21, 2020. He denies the charge.

Jurors have heard how Cole and his partner, Sharon Canu, both had their hands bound by black cable ties. Watches, mobile phones, cash, a Gucci bag, headphones and a BMW smart key were all stolen during the break-in, the court was told.

In the interview, as reported by Notts Live, Cole tells police: "I heard a banging noise. It was like outside of my balcony just to my left, coming through my window like vibrating up the walls into my bed. So then I like literally looked at Sharon, who was on the left of me. She thought the same – that noise is not normal. I said, 'what's that'? and she, 'I don't know.'"

Cole then explains he could see a ladder being carried by someone trying to place it on his balcony. "They just charged towards my bedroom windows," he continues in the interview. "By this time I knew now, I am going to die. Like, I have my kids in the house, I have no one to help. It's just us now. I tried to shout on the balcony as loud as I could to get back in the house, so I could alert Sharon."

"I waited really either to be killed or I would never see my kids again," he added before describing how one intruder demanded "take me to your safe" before he was then grabbed by the neck while carrying his daughter before having his hands tied with cables. "I'm slumped down on my knees," he said.

Cole then explained how he was taken downstairs and asked where the bleach was.: "I thought they were going to torture me", he added. "I thought he was either going to put bleach on my face, burn me or set me alight."

He then claims Febreze was sprayed on his hands before he was taken back upstairs, where his wife and children were now also in the room.

"He said (one of the robbers), 'where is the jewellery'", added Cole. "I said, 'I don't have nothing'. He is getting a little bit more aggressive. The big fat guy (his description of one raider) said he was going to chop my fingers."

Dilks is standing trial accused of robbing Cole and Ms Canu, as well as allegedly being part of a conspiracy to rob the home of former Tottenham Hotspur and Derby County midfielder Tom Huddlestone with co-defendants Ashley Cumberpatch, 36, of no fixed address, and Andrew MacDonald, 42, of no fixed address. All charges are denied.

Previous : Queen preparing William for kingship amid Sussex drama as she trusts him, says expert
Next : Inside ‘the mouldiest flat in England’ from which tenants are finally being relocated