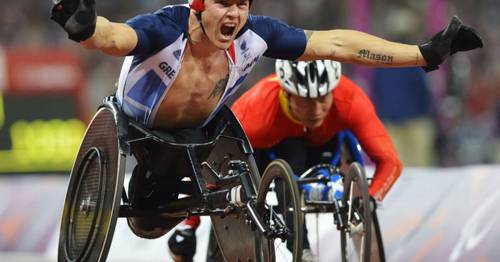 Paralympic great David Weir has changed his mind and will return to the track in Tokyo.

The chariot racing hero of the 2012 Games said he “would never wear the GB vest again” after going from four golds in London to no medal of any colour in Rio.

He was furious with British coach Jenni Banks, claiming she had accused him of throwing a relay race during those 2016 Paralympics.

But a new love in his life has inspired a renewed zest for his work and two personal bests on a recent trip to Switzerland confirmed to him that he can medal in Japan.

Weir said: “I planned to do the marathon in Tokyo but beating two of my 11-year old personal bests has given me the confidence that I belong still on the track alongside the world’s best wheelchair racers.

“But for the pandemic it might never have happened but all my marathons were cancelled in the first part of the year, I needed to find race practise and the track was the one option. It’s proved to be a good decision. 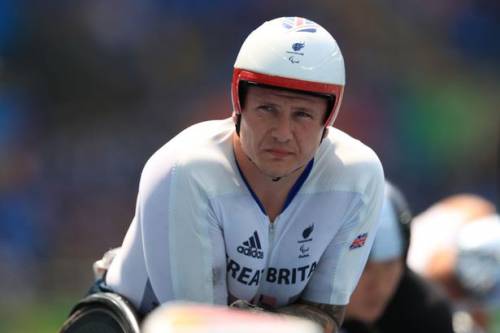 Weir cuts a dejected figure after coming up short in Rio
(Image: PA)

“Obviously I want a medal,” he added. ”That would be a massive achievement for me and I think I’m in that sort of shape.”

Dina Asher-Smith insists she is not fazed by Olympic rival Shelly-Ann Fraser-Pryce becoming the second fastest woman of all time.

The British star races over her World Championship-winning distance of 200 metres in Florence tonight with Fraser-Pryce’s 10.63second 100-metre time the talk of athletics.

Asher-Smith said: “I’m competitive, I’m always going to be a competitor and I’ve always got to back myself. 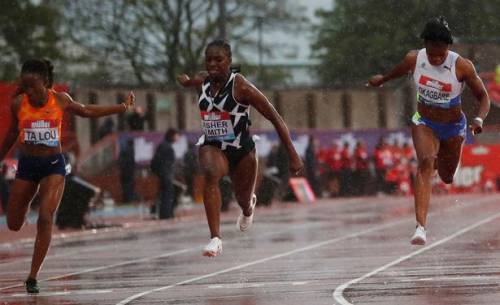 “But you can’t ignore the fact Shelly-Anne is an absolutely amazing athlete and I sent her a message to tell her so.

“The run itself was phenomenal. My coach sent me a video, saying ‘look at her leg speed, this is what I’m talking about, you need to move your legs like that’!”

Lawrence Okoye vindicated his decision to return from the NFL by throwing the Olympic qualifying distance in a discus competition in Denmark.

Sky Brown ’s bid to become Britain’s youngest ever Olympian is on track after she qualified for Tokyo. The 12-year old skateboarder awaits confirmation through the formal selection process.

Previous : Helen Glover hails her Olympic selection as mother of all achievements
Next : Our Yorkshire Farm’s Amanda Owen hit by awkward technical blunder on This Morning