The 40-year-old says he has been “troubled” by the criticism of the players’ union from fellow players and the media during the coronavirus pandemic, and that he “can no longer sit idly by and do nothing”.

Kitson has posed 101 questions to the PFA leadership and said in a statement: “I have been troubled by the breadth of criticism levelled at the PFA over the past 12 months from both the mainstream media and, in particular in recent months, from a number of esteemed colleagues against whom I’ve either played or otherwise hold in the highest regard. 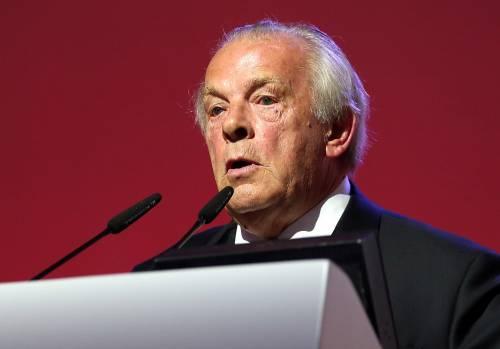 “The recent sharp escalation of public criticism from high-profile players arising out of the PFA’s stated response to the current Covid-19 pandemic is extremely troubling.

“The fact that certain individual Premier League players and the captains of the Premier League clubs – under the banner of the ‘#PlayersTogether’ initiative – felt the need to act independently of the PFA in their response to the Covid-19 pandemic, is nothing short of embarrassing.

“This has strengthened my belief that I can no longer personally sit idly by and do nothing.”

PFA chief executive Gordon Taylor has been criticised over a variety of issues, including his salary – reportedly over £2million a year – and over a perceived slow reaction to research the possible link between head injuries and heading a ball and the incidence of dementia among former footballers.

The union and Taylor spoke out when UK Health Secretary Matt Hancock called on Premier League players to take a pay cut at the start of April, and pointed out the fact that if that were to happen the Government would receive less in income tax.

The PFA described the #PlayersTogether initiative as “a powerful show of support” and is understood to be very supportive of the move.

Kitson added it was “alarming” that the union was also the subject of an independent governance review and a statutory inquiry by the Charity Commission.

Taylor has said he will stand down on completion of the independent review, having taken over as chief executive in 1981.

Kitson added: “I can no longer watch the reputation of our union be further tarnished and all its achievements be washed away under a continued torrent of vilification without actively putting myself forward to bring about the existential changes at the top of the PFA called for by so many footballers and commentators.

“I have therefore decided to offer myself to create a new energy, a new vision and a new leadership, unencumbered by the perceived failings and intransigence of the past.

“I believe we need to reset our structures, reinvigorate our membership and refocus our services if our union is to maintain its relevance and best cater for the needs of all its members.”

Previous : Despite policy, Pence goes without mask while visiting patients at Mayo Clinic
Next : Rival Protests Erupt Across US as Workers Demand Safety, Reopening – Videos