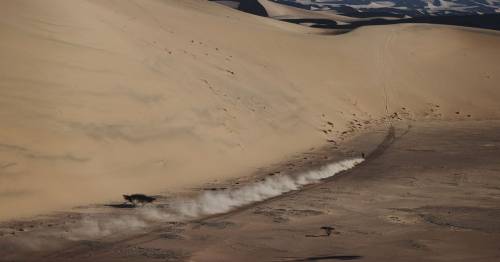 A mechanic at the Dakar Rally has been killed in a tragic accident at the event.

Quentin Lavalee, 20, lost his life when his assistance vehicle collided with a local truck.

His passenger, Maxime Frere, has been injured.

A statement read: "This morning at 11:30, at km 234 of the service link route, there was an accident between an assistance vehicle and a local truck, as reported by local police.

"Unfortunately, the driver of the vehicle, Quentin Lavalée, a French national and member of the PH Spot team, has died as a result of the accident. He was 20 years old."

The tragic incident was confirmed by organisers
(

"The passenger who was traveling with him, Maxime Frère, a Belgian national, has been injured and has been consciously transferred to the National Guards Hospital in Jeddah where he is undergoing a complete revision.

"He has an abdominal and thoracic contusion."

The 2022 edition of the Dakar Rally is the 44th staging of the event and has been held in Saudi Arabia.

Starting in Ha'il and ending in Jeddah, the Rally goes through canyons and cliffs in the Neom region, passing by the red sea coastline before entering stretches of dunes surrounding Riyadh.

The event involves a range of vehicles including bikes, quads, cars and trucks.

Previous : What not to do before buying a house, according to a property expert
Next : Paddleboarding ex-prisoner was on the run from police but now has six world records