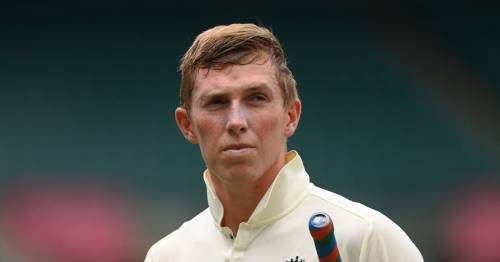 Zak Crawley is hoping his maiden Ashes fifty can be a springboard onto bigger and better things in the way that his 267 wasn’t.

Crawley endured the toughest of 2021s with a measly average of 10.81 across his eight Tests as Sri Lanka, India, New Zealand and Australia all had his measure.

But he reckons he has learnt more from those failures than any successes he has had, and believes he can move forward a better player now than he was when he announced himself with that double hundred against Pakistan.

“It is all a great learning curve,” said Crawley. “I was speaking the other day about how much I learned in 2021. You tend to learn more from your failures than your successes actually.

“I learned a lot about myself and my game and I feel like I can push on from it and become a better player.

“It’s always nice to get a score and I certainly take confidence into the next game but we all know what cricket is like and I would have said the 267 was a springboard for me, and it certainly wasn’t.

“I feel confident going into this year. Hopefully, I can get a score this week in Hobart and then we move on from there.”

Crawley’s performance in Sydney and the sweetly timed shots that he played against the likes of Mitchell Starc and Pat Cummins had the Aussie pundits purring in the commentary box.

Crawley will open the batting again in Hobart this week
(

And having survived a tricky hour against the quick men the night before, Crawley admitted the chance to put some pressure back on them was as much fun as he has had so far.

“It doesn't get much more fun than that,” he said. “That's the reason I play the game, for days like that.

“That was what I pictured when I was younger. That's why I wanted to play cricket, for moments like that. I absolutely loved it.”

Crawley also sounded a note of caution about the condition of pitches in England which tend to favour bowlers over batsmen, and which might have something to do with the lack of batting output at the moment.

“I think it’s the fact I’ve batted on poor pitches really my whole Championship career,” he added when asked about his first class average of 31. “I feel like it’s been very hard to open the batting.

“I think pretty much all the grounds I've played on have been pretty poor.

“I got picked with an average of 30, which is less than normal but there aren’t too many openers averaging a lot more than that at the moment.”

Previous : Hundreds of Covid fines dished out by cops the week of Downing Street garden party
Next : England told to “move on” from James Anderson after Ashes defeat by Michael Vaughan