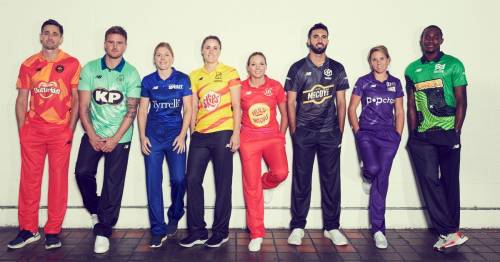 The Hundred betting: Everything you need to know about cricket’s new 100-ball tournament

The Hundred is a cricket tournament like no other.

It's cricket designed to engage a whole new audience with faster, shorter matches designed to appeal to the whole family.

Some of the best cricketer's in the world have been snapped up by eight completely new city-based teams that will compete over a month. England players selected for the first two Test matches against India will be available for the first two rounds of The Hundred.

The format might taking some getting used to, but entertainment is guaranteed for packed crowds up and down the country as well as the millions watching at home.

So, how does it work? Here is everything you need to know about The Hundred.

Simple – 100 balls per innings and whoever scores the most runs wins!

The fielding side change ends after 10 balls.

Bowlers deliver either five or 10 consecutive balls. The captain decides.

Each bowler is limited to a maximum of 20 balls per game.

Each bowling side gets a strategic timeout of up to two minutes.

The coach can walk out onto the pitch to discuss tactics with their players mid game.

A 25-ball powerplay for each team.

Two fielders are allowed outside of the initial 30-yard circle during the powerplay.

Every Hundred match will last two and a half hours.

Each team plays eight matches. There are 2 points awarded for a win, 1 point for a tie/no result and 0 points for a loss.

The team that finishes top of the group goes straight into final. The teams finishing second and third will compete in the 'Eliminator', with the winner progressing to the final.

In the knock-out stages, if a match is tied, then a "Super 5" will be played, with the winner being the team which scores the most runs from a further five balls.

WHERE CAN YOU WATCH THE GAMES

EVERY Hundred game is live on Sky Sports The Hundred and Sky Sports Mix.

BBC TV and BBC iPlayer will be streaming 18 games, including 10 men's and eight women's matches, as well as both finals.