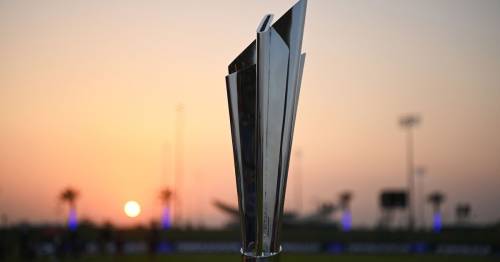 The Super 12 stage of the T20 World Cup is set to get underway tomorrow, with Bangladesh, Sri Lanka, Scotland and Namibia all successfully qualifying from the first round of the tournament.

Ireland, the Netherlands, Oman and Papua New Guinea have all been eliminated, with the final first round games concluding on Friday.

The Super 12 stage will see the teams split into two groups, with Australia, England, South Africa, West Indies, Bangladesh and Sri Lanka in one group and Afghanistan, India, New Zealand, Pakistan, Scotland and Namibia in the other.

As the business end of the tournament gets underway, Mirror Sport gives you the lowdown on the remaining 12 teams.

Star Player: Glenn Maxwell – Coming into the tournament off the back of an impressive IPL for Royal Challengers Bangalore, Maxwell is a potential game changer with both bat and ball.

Profile: Australia have no form coming into this tournament, and their champion players are getting on. Pressure could build on the coach with a poor tournament.

Star Player: Jos Buttler – One of the best T20 players ever, an excellent 73 in the second warm-up game against New Zealand underlined just how dangerous Buttler can be.

Profile: Choc full of talent, the number one T20 side in the world have a great chance of completing a World Cup double even without Ben Stokes and Jofra Archer.

Star Player: Quinton de Kock – A magnificent ball striker at the top of the order, South Africa's chances of posting competitive totals will surely hinge on the form of De Kock.

Profile: Little is expected of the Proteas without their legends of the recent past, but watch out for the most potent pace duo on show of Kagiso Rabada and Anrich Nortje.

Star Player: Andre Russell – In a batting line-up full of big hitters, Russell's ability as an elite finisher stands out. Will be incredibly dangerous provided he can stay fit.

Profile: Talk of a trio of victories for the Windies is far from premature. They have the biggest hitters in a tournament of big hitters and they keep coming.

Profile: The fact they had to qualify for the group stages and did so with a defeat to Scotland means they are rightly unfancied, but Shakib al Hasan is a world class all rounder.

Star Player: Wanindu Hasaranga – An aggressive leg spinning all-rounder, Hasaranga's stock is very much on the rise in T20 cricket and he has already starred with both bat and ball at this World Cup.

Profile: A proud nation is struggling to hit the heights of former glories. It will be remarkable if they make it out of the group stage.

Afghanistan's Rashid Khan is the best T20 spinner in the world
(

Star Player: Rashid Khan – The crown jewel in a formidable spin attack, Rashid is a truly elite bowler in this form of the game as well as a dangerous lower order hitter.

Profile: A remarkable effort to qualify in the top 8, but then they do have the best T20 spinner in the world and a ferocious boundary hitting lineup. Capable of multiple ‘upsets’.

Star Player: Virat Kohli – In what will be his final tournament as India's T20 captain, Kohli will desperate to end his tenure with silverware. A bonafide superstar.

Profile: Tournament favourites for a reason. World class players in every department who have all been playing extensively at the IPL in the UAE.

Star Player: Trent Boult – A quality performer in all formats, the left-arm quick has a good record in subcontinent conditions for IPL side Mumbai Indians and he will spearhead an impressive New Zealand pace attack.

Profile: Supposed tournament dark horses everytime which is nonsense as they are a well drilled high quality side. Could go very far indeed.

Star Player: Babar Azam – Much of Pakistan's success will hinge on the form of their formidable opening partnership, with captain Babar and Mohammad Rizwan the two leading run scorers in T20I cricket this year.

Profile: No team knows the conditions in the UAE better than Pakistan and they have the talent to make the most of it. Babar Azam is a bonafide batting superstar.

Star Player: Brad Wheal – In a side full of established County performers, Wheal's express pace and ability to bowl at the death makes him a standout.

Three wins out of three including over Bangladesh to reach the group stage tells you Scotland are in form. They have great belief they can beat anyone and why not.

Star Player: David Wiese – It was a well-drilled team that ensured Namibia qualified for the World Cup back in 2019 and the addition of Wiese has simply added a touch more quality to a side that have already surpassed expectations.

A cool chase to down Ireland in a winner take all clash gave Namibia their deserved spot in the Super 12s. Former South African international and Sussex T20 legend David Wiese will do the heavy lifting.

Previous : Jos Buttler explains why he changed his mind on Ashes tour after making U-turn
Next : Mum thought she would die after being spiked on ‘living nightmare’ night out