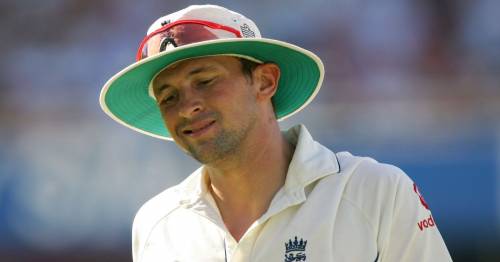 Steve Harmison said he was former England captain Andrew Flintoff 's "biggest let-down" during the infamous Ashes whitewash at the hands of Australia in 2006-07.

There was a certain optimism which followed the England team as they headed Down Under, 18 months on from the much-celebrated 2005 Ashes success.

But it didn't take long for that good feeling to be replaced by a sinking one, as Australia barely broke a sweat throughout the whole series and recorded the first 5-0 victory since 1920-21

As is often the case, it was the captain who bore much of the criticism for England's performances – Flintoff had been put in charge due to the absence of the injured skipper Michael Vaughan.

But retired fast bowler Harmison says it doesn't matter who was the captain – the team just wasn't good enough and those who did play were generally poor, including himself.

"When I bowled that first ball in 2006, let me tell you there were a lot of comments coming my way at third man," he told IndiaBetting.co.in.

"But I let it brush off me, the beauty of cricket is I had another chance to bowl again 15 seconds later for five more test matches, rinse and repeat. The truth is I was underprepared, nervous and tried to bowl too fast. I have a good laugh about it now.

"During that 2006/07 series, it didn't matter that Andrew Flintoff was skipper. It could have been Andrew Strauss or Michael Vaughan, we'd still have lost that series 5-0. The problem Freddie had was his team wasn't good enough.

"I didn't perform and was probably his biggest let-down. I tried my hardest, but it started badly with frankly shocking preparation ahead of Brisbane and went from there. I missed matches and when I played I was poor because I had very little build up, a bit like England's team right now out in Australia."

"Teams these days though are used to going in underdone, in our day it made a huge difference and we weren't good enough against that great Australian side.

"We missed Ashley Giles, Simon Jones, Michael Vaughan, Marcus Trescothick, we were on a hiding to nothing. Australia were as formidable as they ever were in their back garden. We weren't nearly as good as what we were in 2005. There's not much that Andrew Flintoff could have done."

Freddie Flintoff, centre, was captain as England were whitewashed by Australia in the 2006 Ashes series
(

The current England team gearing up for the start of the next Ashes series next week is not greatly fancied and, as Harmison says, has had its preparations disrupted by terrible weather in Australia.

That's on top of the fact that away Tests Down Under are always difficult, even if only because of the extremely hostile reception the England players are given.

However, speaking from experience, Harmison believes England have a chance to record an unlikely series victory if they can block out the noise and produce the goods.

"One of my biggest achievements from a mental point of view, was I bowled that first ball to second slip in 2006, but didn't miss a second of that tour," he added.

"I played every day of that trip and that for me, when you talk about hostility and noise, can you imagine how much stick I got? It didn't bother me one bit, I did everything else the same way.

"If people are saying nice things to the England team in Brisbane, that's brilliant, if they snarl, shout and swear like they normally do then I don't think it will bother them too much.

"If they prepare properly, stick together and score runs at the top of the order, get a bit of luck then they have a chance of winning."