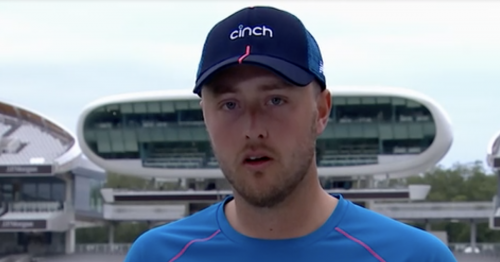 Ollie Robinson's England future is in tatters after historic tweets surfaced and saw the ECB launch an investigation.

The 27-year-old bowler will not play in the second test against New Zealand and he confessed the racist and sexist tweets left him "embarrassed".

Robinson could now be subject to disciplinary action as the ECB take a strong stance on the conduct of their players – and tweets continue to resurface which could land more players in hot water.

On the pitch the Sussex star enjoyed an excellent start to life as an international cricketer, taking two of the three wickets on the first day at Lord's.

But tweets posted by Robinson in 2012 marred his efforts.. 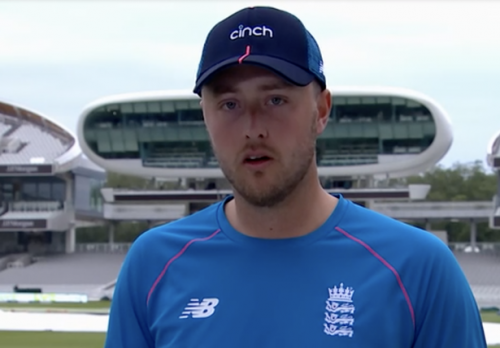 In 2012, he tweeted using the n-word and another post said: "My new muslim friend is the bomb #wheeyyyyy."

There were also sexist comments about "females who play video games actually tend to have more sex".

The situation was made worse given that England players wore t-shirts standing against all forms of discrimination, including racism and sexism.

Robinson was quick to apologise, claiming he didn't realise the posts remained on his Twitter, but said he was not racist or sexist.

He said: "On the biggest day of my career so far, I am embarrassed by the racist and sexist tweets that I posted over eight years ago which have today become public.

"I want to make it clear that I'm not racist and I'm not sexist. I deeply regret my actions and I am ashamed of making such remarks.

"I was thoughtless and irresponsible and, regardless of my state of mind at the time, my actions were inexcusable. Since that period, I have matured as a person and fully regret the tweets.

"Today should be about my efforts on the field and the pride of making my Test debut for England but my thoughtless behaviour in the past has tarnished this.

"Over the past few years, I have worked hard to turn my life around. I have considerably matured as an adult.

"The work and education I have gained personally from the PCA, my county Sussex and the England cricket team have helped me to come to terms and gain a deep understanding of being a responsible professional cricketer.

"I would like to unreservedly apologise to anyone I have offended, my team-mates and the game as a whole in what has been a day of action and awareness in combatting discrimination from our sport.

"I don't want something that happened eight years ago to diminish the efforts of my team-mates and the ECB as they continue to build meaningful action with their comprehensive initiatives and efforts, which I fully endorse and support.

"I will continue to educate myself, look for advice and work with the support network that is available to me to learn more about getting better in this area. I am sorry and I have certainly learned my lesson today."