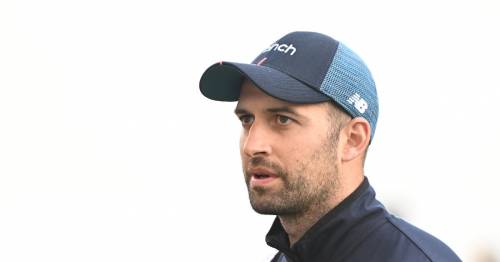 Mark Wood has revealed he is facing a dilemma over whether to play in the IPL this year despite putting his name into the mega auction.

The deadline for getting the paperwork in has been extended by a week with several England and Australia players working out whether or not to put their names down.

But Wood may yet be a late pullout along with other multi-format players who are yet to confirm whether or not they will take part this year.

The issue of more bubble life and more time away from the family are the big issues for Wood to weigh up after completing the Ashes tour without them.

Mark Wood has put himself in the IPL auction
(

It is the same situation that Chris Woakes is having to wrestle with too, which is why neither player may be heading to the tournament after all.

"I am in the auction at the minute,” said Wood. “But it’s important to have that time at home and reflect.

“At the minute I’ll be in it. If I look ahead to the World Cup and I can learn something in the IPL, if I can put myself in pressure situations and try and get better for the end of the year, that’ll be good.

“It’s just whether the time away from home, the bubbles…I’ve done Australia without my son which has been quite hard. Especially around Christmas. So I’ll have to see how the family situation is.

“It’s felt like a long time. Me and Woakesy have had plenty of cuddles with masks on so we look after each other that way.”

Wood knows that there is huge appeal for genuine fast bowlers at the IPL, with the likes of Anrich Nortje and Kagiso Rabada capturing the imagination during the previous edition.

But even if the money was great, the North East flyer is adamant, England are his priority and he is doing pretty well out of his international career too.

“If I’m honest, I’m well looked after with England,” he added. “I’m not scraping a run here so the more I play the better it’s going to be anyway and I want to play as many times as I can for England.

“No disrespect to IPL teams but England is always going to be my No.1 because when I was growing up that’s who I wanted to play for.

“I want to play across all three formats and that’s at the forefront of my mind.”

Mark Wood has impressed during the Ashes
(

And after becoming a World Cup winner in one format, it is clear that Wood wants to make sure that he helps England claim the ultimate prize in another.

The T20 semi-final defeat to New Zealand in the UAE stung Eoin Morgan’s side, and while they have such a decent group of players, Wood feels the pressure it on to deliver more silverware.

“There’s a World Cup at the end of the year I have my eyes on,” he added.

“It hurt a lot this winter when we got knocked out in the semi-final and it feels as a one-day group that it’s time to push hard to leave a legacy behind.

“We’ve a really good one-day team this could be our time to really win things. That’s a burning desire at the end of the year.”

Previous : Mark Wood’s admission when asked if he took a ‘moral win’ from Ashes tour
Next : South Africa captain Dane van Niekerk ruled out of World Cup after freak injury at home