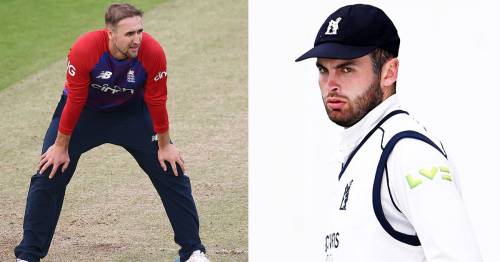 Liam Livingstone is a shock omission from the England Lions squad which will tour Australia at the same time as the senior side this winter.

The Lions will play against the senior team in two warm-up matches, which will be followed by a four-day game against Australia A.

Should any members of the Lions impress in those games, then they could be called up to the main squad for the Ashes.

However, Livingstone will not get that chance, despite the likes of Nasser Hussain, Michael Vaughan and David Lloyd calling for him to already be part of the Ashes squad.

Opener Dom Sibley has been given a chance to impress with the Lions, having been dropped in the recent Test series against India and then losing his central contract.

Sibley is one of four players in the squad who have already been capped by England at Test level, along with leg-spinner Mason Crane and wicketkeepers Ben Foakes and James Bracey.

Matt Parkinson, Saqib Mahmood and Brydon Carse were all in the frame for potential Ashes call-ups and the trio have the chance to earn a late spot in the squad during their time with the Lions.

Alex Lees has been selected after an impressive season with Durham and fellow opener Rob Yates has also been called up after notching five first-class centuries for Warwickshire this year.

Dom Sibley has been given a chance to resurrect his Test career, having recently been dropped by England and lost his central contract
(

Lancashire batter Josh Bohannon and Yorkshire seamer Matthew Fisher round out the 14-man squad, with each selection conditional on the players "passing Lions minimum fitness standards".

Warwickshire spinner Danny Briggs was set to be part of the tour, but reports have claimed that the 30-year-old asked to be left out of the squad for family reasons.