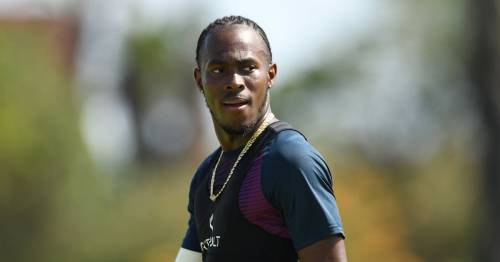 Jofra Archer will be a huge miss for England at the upcoming T20 World Cup, with the Sussex quick currently out of action with an elbow injury.

Despite his absence, there will be a whole host of elite players in action at the tournament and Archer has picked out six stars to keep an eye on.

The 26-year-old has played alongside Afghanistan superstar Rashid Khan for Sussex in the T20 Blast since 2018 and is a big fan of the leg-spinner.

Speaking to the Daily Mail, Archer called Khan "a game-changer with bat and ball" who can "single-handedly win a match" and is "an extremely dangerous hitter at the back end of an innings too".

Jofra Archer has played alongside Rashid Khan at Sussex since 2018
(

He said: "A bowler who is very good at the top, in the middle or at the end of an innings. Wherever he bowls, you know he's going to be reliable. He is quick, can take wickets with the new ball and is good at taking the pace off towards the death."

Rabada's compatriot Quinton de Kock also came in for praise, with Archer stating that he "can hit the ball anywhere" and is "not scared of letting you see that he's trying to do it", something he says can "get into a bowler's head".

The England quick described Russell's six-hitting ability as "ridiculous", saying: "He can change the look of a game at the backend, boosting the run rate from six or seven over to 13s and 14s on his own."

Archer labelled Hasaranga "someone the cricket world should be keeping an eye out for", highlighting the spinner's "excellent variations" and stating that "they can be very hard to combat on slow, turning pitches."

Delivering his verdict on Afridi, Archer said: "Being a left-armer he challenges batters from a different angle, swings the ball and can bowl decent change-ups later on in an innings. Standing at 6ft 6ins, he also extracts bounce out of pictures that others can't."