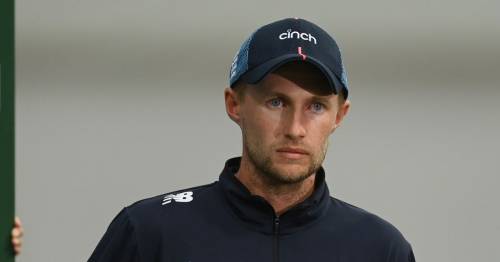 England captain Joe Root is set to remain in the role, despite failing to win the Ashes in his third attempt as skipper.

The 31-year-old has now overseen three unsuccessful series against Australia, including two defeats Down Under and the 2019 drawn series on home soil.

Root has the support of the ECB to continue as captain and the Daily Telegraph report that he will be tasked with overseeing major changes to England's Test team.

He has been widely criticised for his tactics and team selection, with former England captain Michael Atherton insisting the Ashes "could have been a much closer series had Root got things right on the field".

However, the report states that Root feels 'responsible' for grooming a successor and that he feels confident he is the right man to lead a major rebuild of England's Test team.

Joe Root is set to continue as England Test captain, despite his side's disappointing defeat to Australia in the Ashes
(

Root also has clear ideas on how to improve the state of Test cricket in England, including using the Kookaburra ball and ensuring that better surfaces are produced in the County Championship, and he is hopeful the ECB will listen to him.

Speaking after England lost the third Ashes Test by an innings and 14 runs in Melbourne, Root acknowledged that changes needed to be made to the English first-class game.

"I'd say that the best 18 players from the county game are definitely on this tour," Root said.

"There's some very talented players within this squad and we have to find ways of up-skilling ourselves and each other, and managing pressure points within the game better.

"Unfortunately, where the game is at in our country right now, the only place you can really learn that is in the hardest environment.

"For what is quite a young batting group, they're having to learn out here. The environment that they're coming from, it's not readying them well enough for Test cricket.

"It's a very difficult place, with everything that surrounds Test matches and the different conditions and environments.

"If you're not ready going into it, it makes it very difficult to improve in that environment.

"You look back at 2015 and the reset that happened in white-ball cricket, maybe that's something that needs to be had in our red-ball game as well."

Previous : Yorkshire struggling to recruit full-time coaching staff after Azeem Rafiq racism scandal
Next : The Chase has lawyers in the studio and they had to intervene after Bradley Walsh error