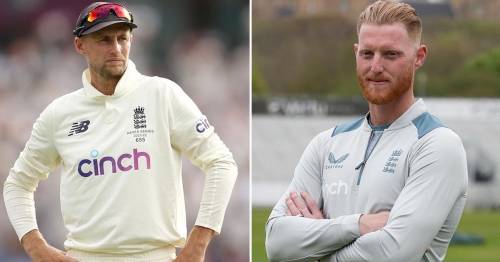 Former England Test captain Joe Root has accepted the request from his successor Ben Stokes to go back into the No. 4 spot in the batting order ahead of this summer’s action.

Stokes took over from Root following the Yorkshireman’s resignation last month, after a dismal red ball run from the national side. Root has of course been replaced by all-rounder Stokes, and one of the Durham man’s first decisions has been to move the former skipper back down to No. 4 in the order.

Per the Telegraph Stokes said: “I've already spoken with him. I've asked him to go back to four and I'm going to be at six. Wherever Joe bats he gets runs, but his best position is at four. I feel him at four and me at six gives us a bit of experience in the gap.

“So you can obviously see where the places are opening up for people to put their hands up: it's three and five.” With spots up for grabs, Stokes revealed he has been keeping a keen eye on all of the County Championship action rather than just his home county Durham.

He went on: “I now feel I have to follow a lot more of the county games to see who is scoring runs rather than just checking the Durham score. I've said I'm moving back to six so that might open up a position in the batting order. You have to look at those kind of things.”

Ben Stokes will move Joe Root back down to four in the batting order.
(

Prior to the all-rounder’s appointment, the England Test setup had gone through a torrid run after being humiliated by rivals Australia, losing the Ashes series down under 4-0. Things then didn’t get any better as just two months later England were once again on the end of a series defeat, this time to the West Indies.

In spite of the recent torrid patch, new man Stokes believes when, all fit, England have plenty of squad depth to make a strong outfit. He said: “You look at the players who aren't currently available through injury – [Mark] Wood, [Jofra] Archer, [Olly] Stone, [Sam] Curran. They're all injured and they'd all be seriously fighting for places, then you place them among Broady [Stuart Broad], Jimmy [James Anderson], Robbo [Ollie Robinson], Woakesy [Chris Woakes]…

Are you looking forward to Stokes' tenure as captain? Let us know in the comments section below.

Ben Stokes has hit out at England's gruelling schedule.
(

“It's so exciting to think about the team we could put out there if we don't have any injuries. We just have to pick the best XI we have to choose from and I'll always make sure we do that. That's something me and Rob Key are very clear about.”

Squad depth is something England will no doubt need this summer, with another action packed summer of cricket lined up on home soil. Discussing England’s upcoming plans, new skipper Stokes described the gruelling schedule as ‘ridiculous’, and insists it is ‘impossible’ for him to play every game despite being captain.

Previous : Bodies of 11 people including infants ‘found rotting inside funeral home’
Next : How Camilla helped Meghan Markle during royal wedding – and her order to Charles