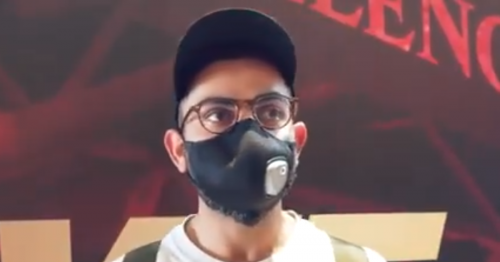 India captain Virat Kohli described the cancellation of the fifth Test against England at Old Trafford as "unfortunate".

The game was called off mere hours before it was due to start, after a fourth member of India's backroom staff tested positive for coronavirus.

A statement from the ECB said: "Due to fears of a further increase in the number of COVID cases inside the camp, India are regrettably unable to field a team."

According to a report from the Daily Telegraph, the players signed a letter at midnight informing the Indian cricket board that they would not play the fifth Test due to their concerns about the virus.

Now, the majority of India's players have left England to join up with their Indian Premier League teams for the rescheduled tournament.

Kohli and fast bowler Mohammed Siraj have both flown to the United Arab Emirates to link up with Royal Challengers Bangalore and, in a video posted on social media by the franchise, Kohli spoke for the first time about the cancelled Test.

He said: "Unfortunate how we had to end up here early, but with Covid in place things are very uncertain so anything can happen at any time.

Should the fifth Test have been called off? Let us know in the comments section

"Hopefully, we are able to maintain a good, strong, secure environment and have a quality IPL and onto the World Cup."

BCCI president Sourav Ganguly has confirmed that India's players "refused to play" the Test, stating that they were "dead scared" about catching the virus.

Speaking to Indian outlet Telegraph, Ganguly explained: "The players refused to play but you can't blame them. Physio Yogesh Parmar was such a close contact of the players.

"Being the only one available after Nitin Patel isolated himself, he mixed freely with the players and even performed their Covid-19 tests. He also used to give them a massage, he was part of their everyday lives.

"The players were devastated when they came to know that he had tested positive for Covid-19.

"They feared they must have contracted the disease and were dead scared. It's not easy staying in a bubble. Of course, you have to respect their feelings."