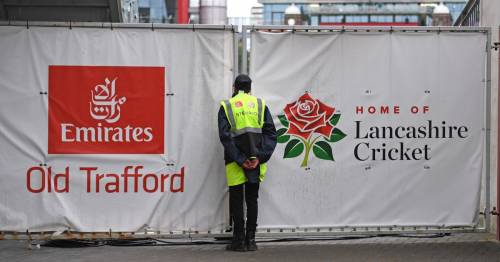 After the fifth Test between England and India was cancelled due to fears over a coronavirus outbreak within the visitors' camp, the BCCI released a statement offering to reschedule the game at a later date.

The final Test, with India having led 2-1 after their victory at the Oval, was called off just hours before the start of play in Manchester last Friday.

The Indian cricket governing body said: "In lieu of the strong relationship between BCCI and ECB, the BCCI has offered to ECB a rescheduling of the cancelled Test match. Both the Boards will work towards finding a window to reschedule this Test match."

However, given England's summer schedule is already packed, it is difficult to see when an extra Test against India could feasibly be played.

India and England are attempting to reach a compromise after the final Test of their series was cancelled, but the ICC could be forced to get involved
(

The BCCI have also offered to play two extra T20Is next summer instead of the Test, with India already scheduled to play three in the space of just six days in July.

Talks remain ongoing between the ECB and the BCCI over how best to resolve the issue and, if they fail to reach an agreement, the ICC will need to get involved.

Should the Test not get rescheduled, PA have reported that the ECB will ask the ICC to adjudicate on last week's abandoned Test.

The ECB stand to lose a reported £40m from the cancelled Test and it has been widely reported that their insurance does not cover a Covid-related cancellation.

What should the outcome of the Test be if it cannot be rescheduled? Let us know in the comments section

However, they are arguing that is not the case as all the India players returned negative Covid tests and the ECB did claim India had 'forfeited' the game in their initial statement.

ECB chief executive Tom Harrison said: "This is not a COVID cancellation. This match has been cancelled because of serious concerns over the mental health and wellbeing of one of the teams.