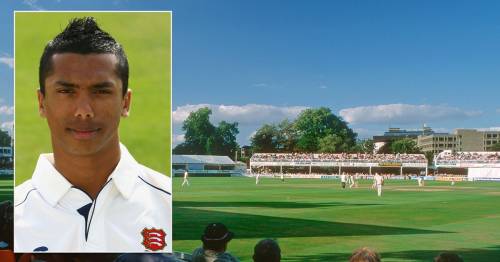 Jahid Ahmed became the most recent man to come forward to reveal he suffered racial abuse during his time with the county, with the 35-year-old describing the club as "a white man's world where brown people were outsiders" after allegedly being asked by a teammate if he was "going to bomb" the club.

According to Ahmed in an interview with The Cricketer, his voice was mocked and mimicked by both playing and some members of the coaching staff and he felt pressured to attend the pub with the team while he was fasting during Ramadan.

Ahmed's alleged claims came after two other former players had already come forward with accusations of racism, as Zoheb Sharif and Maurice Chambers revealed they were discriminated against during their spells with the club.

Following the claims, the MailOnline have reported that training provider Seetec – one of the county's "Platinum Club" partners has "suspended ties", as the row looks set to follow a similar suit to that of the scandal at Yorkshire CCC following Azeem Rafiq's revelations

Jahid Ahmed has made racism allegations against Essex CCC
(

Seetec released a statement regarding their distancing from Essex, which read: "We have suspended our ties with Essex County Cricket Club with immediate effect.

"Through the services we deliver, our employee owners work with diverse communities to help people realise their life ambitions.

"This is part of our wider commitment to social inclusion as it is important to us that the communities we serve have equal access to opportunity.

"Any form of racism should not be tolerated."

"I am disheartened to learn of these new historic racial allegations from a former player about several of his ex-teammates and a previous member of staff," the statement began.

"The allegations reported to The Cricketer make difficult reading and they will be treated and investigated with the utmost seriousness.

"I have reached out to him to offer him our full support, and I hope he feels encouraged and comfortable enough to be a part of our imminent investigation."

It continued: "At the end of last week, we announced that the club will be working with Katharine Newton QC to focus on these allegations which have recently come to light.

"It is clear as a sport there is a lot of work to be done, but we are moving in the right direction. The next period is going to be extremely difficult, especially for those sharing their experiences, but together we will come out the other side better for it.

"We pride ourselves on our multicultural and diverse values and we hope the outcome of the investigation will help us improve and develop us as people and as a club."

The county have opened up a hotline for former players and staff to come forward and share any racist behaviour they witnessed, or were subjected to during their time with the club, as they look to investigate and produce a report regarding the historic allegations.

In an exclusive with Mirror Sport, former batsman Sharif spoke out about the horrendous abuse he endured during his time at Chelmsford, revealing he was nicknamed "Bomber" by teammates the day after the 9/11 terrorist attack in the United States.

Sharif played just four times for Essex's first team, despite proving a star in the club's second team setup, averaging 101 with the bat as well as taking 20 wickets in what many thought would be a breakthrough season in 2004.

However, the 38-year-old then found his days at the county limited, as he revealed: "A committee member told me 'No matter what you do you will not play first team. It would be best if you found another county'."

Zoheb Sharif has also made claims of discrimination against Essex
(

"It feels like my dream of playing for England one day was taken from me because of my skin."

Essex CEO Stephenson recently discussed the allegations, claiming that he was 'shocked'.

Stephenson said: "I am shocked to hear of racial allegations involving a former player.

"Essex County CC has zero tolerance of racism. I have reached out to him to offer our support and to talk to us about his experiences."