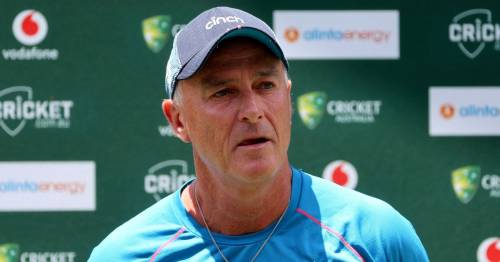 Thorpe represented England in 100 Test matches between 1993 and 2005 and also worked as a coach with the national side for over a decade. He left his role as assistant coach in February following the Ashes and was appointed Afghanistan head coach in March.

The PCA released a statement on behalf of Thorpe's family which read: "Graham Thorpe has recently fallen seriously ill and is currently in hospital receiving treatment. His prognosis is unclear at this stage and we ask for privacy for him and his family at this time. Our thoughts are with Graham and his family."

On social media, Surrey wrote: "The thoughts of everyone at the Club are with Graham, his wife Amanda, and family at this time. He is an icon of the English game, known by millions of cricket fans and forever a favourite son of Surrey CCC."

England also took to social media to wish Thorpe well, writing: "All of our thoughts are with Graham Thorpe and his family. We're with you, Thorpey"

Following his retirement, Thorpe began his coaching career with New South Wales, working with Steve Smith and David Warner. However, he soon returned to England to join up with the national team as batting coach, before getting promoted to assistant coach under Trevor Bayliss.

Thorpe is widely regarded as one of the best England batters of his era and was awarded an MBE for services to cricket in 2006.