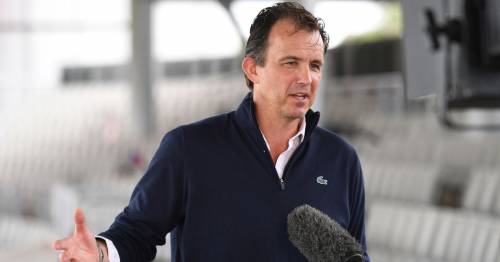 Chief ECB suit Tom Harrison has declared this winter’s Ashes mauling to be a 'brilliant opportunity' to reset red ball cricket in the English game.

It has taken yet another hammering at the hands of the Aussies, who have won 12 of the last 14 Ashes matches Down Under, in order for Harrison to address the way England prepares for and produces players for Test cricket through the domestic schedule.

And with a review and recommendations to come from this tour, Harrison is already clear that red ball cricket needs to push back against the march of the white ball game.

“It feels like this is a moment to reset the importance of red-ball cricket in our domestic schedule, for us to recalibrate how we play first-class cricket in the UK.

“It’s a brilliant opportunity for us to come together as a game and really sort that once and for all.

“We have got to sort our schedule out. We know that is a significant challenge for us. We have got to look at that debate around the volume of cricket.

“It was a leading topic about whether we are preparing players at home in the best possible way for Test series and we have really got to get to the bottom of this once and for all.”

It doesn’t take a rocket scientist to work out the issues affecting England’s Test team because they have been voiced often enough, but essentially players are finding the gap between county cricket and Test cricket too big. And are finding it hard to improve on the job.

The specific areas that require attention to be more successful in Australia are longer standing, even though Covid has caused issues over the past two years too.

But England have made cricketing mistakes on this trip that have cost them dear which have nothing to do with the schedule or bubble life.

As for Joe Root, who has been in charge for seven defeats out of nine in Oz, he still retains Harrison’s support.

“I think Joe's been a fantastic leader through this very difficult time,” said Harrison, now in his eighth year in charge. “I've had lots of conversations with him and I for one hope that Joe continues to be our captain for the foreseeable future.

“I think he’s demonstrated that he's able to perform whilst holding the office. And as I said, I think this has been a very very difficult tour.

“It’s obviously been extremely disappointing on the field that we haven’t been at the level we need to be at to be effective over here. It has been another very disappointing episode in our ongoing attempt to win the Ashes in Australia.”

Previous : David Warner and Steve Smith out for ducks as England take early wickets in fifth Test
Next : England told James Anderson and Stuart Broad’s “time is not yet up” by Allan Donald