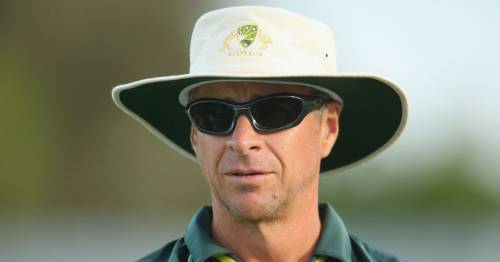 Troy Cooley has returned to England's coaching ranks ahead of the upcoming Ashes in Australia, which begin on December 8 in Brisbane.

Cooley was one of the architects as England historically won the 2005 Ashes on home soil under the captaincy of Michael Vaughan, the first time they had triumphed since all the way back in 1987.

Now the 55-year-old will help out Joe Root's side down under as they look to pull off a shock win on foreign soil against Australia.

Cooley will be deployed as a consultant pace bowling coach under England bowling coach Jon Lewis – working with the likes of Jimmy Anderson and Stuart Broad.

Cooley will continue helping England prepare ahead of the eagerly-anticipated first Ashes Test at the Gabba in just under two weeks time, before he joins up with the Lions for their four-day fixture against Australia A.

And England are buoyed by his appointment among the bowling ranks, noting his expertise to help deal with the Australian conditions.

"It's great to have someone with Troy's expertise and experience supporting our Ashes prep and also working closely with our Lions pace bowlers," England performance director Mo Bobat told the BBC.

"Troy's understanding of what it takes to be successful in Australian conditions is second to none, and the players are sure to benefit hugely."

Cooley worked with Andrew Flintoff, Stephen Harmison, Matthew Hoggard and Simon Jones during the 2005 Ashes – with the quartet all playing a key role in the famous 2-1 series victory over Australia.

The 55-year-old parted ways with England in 2006 and would eventually go onto work for Australia at Cricket Australia's Centre of Excellence.

But England will be hoping his experience and know-how will help their bowlers flourish in the different conditions down under during December and January.

Meanwhile, England's preparations for the Ashes have taken a slight hit after play was abandoned yet again on the third day of their warm-up match against the Lions in Brisbane due to rain.

England were set to resume on 98 without loss with openers Haseeb Hameed (53) and Rory Burns (39) putting on a steady first partnership.

The first day on Tuesday was cut short during the second session, and an early call was made to suspend the second day after heavy rains in Queensland.

The bad weather continued on Thursday with rain still falling and at 12pm, the match was abandoned.