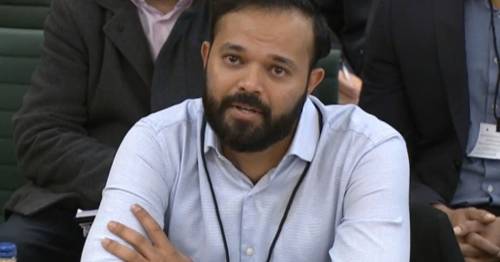 The England and Wales Cricket Board’s blueprint to improve inclusivity within the game has been dealt a blow, due to some counties opposing the agreed timescale to make their boards more diverse.

The decision from the ECB came in the wake of the Azeem Rafiq scandal, after the ex-Yorkshire player accused his former club of being ‘institutionally racist’ after he alleged he was discriminated against during his two spells at Headingley.

As well as allegations being directed against Yorkshire, fellow county championship side Essex have also been on the receiving end of accusations from three of their former players this week.

Following the recent disgraced reputation of the sport, the ECB have looked to step in with a number of plans, including clubs presenting a much more diverse ‘leadership team’ for the 2022 season.

As a result the Guardian revealed that the blueprint requires all 18 counties to take ‘a commitment to best practice governance’, by delivering ‘board and leadership team diversity (30% female, representative ethnicity) by April 2022’.

Despite the plan receiving support for the most part, a number of clubs within the county circuit have reportedly opposed the deadline presented by the ECB and its ‘imprecise wording’.

The new enforced target came after counties were encouraged to attempt to meet the representation percentage in the 2019 County Partnership agreement which stated clubs should look to “adopt a target of, and take all appropriate actions to encourage, a minimum of 30% of each gender and a minimum of one board member from a BAME background on its board.”

Jahid Ahmed has made racism allegations against Essex CCC
(

According to the Guardian some clubs have been left in the dark as to what a ‘leadership team’ exactly entails, with the size of county’s boards differing across the country, making it easier for some to enact more than others.

And, if the ‘leadership team’ label covers management staff too, clubs are set to struggle to meet the looming target date even more.

As well as enforcing county hierarchies to become more inclusive, the blueprint also states that an anti-discrimination unit will be set up within six months, with a report also set to be published every six months discussing the progress made to ‘meeting equality, diversity and inclusion goals within the game.

Discussing the new plans ECB chief executive Tom Harrison said: “Whether it’s about cultural change in the dressing room, standards for recruitment of staff through the game, a range of different points over 12 areas, we will look for tangible action to make sure we are impacting on the ground.

The ECB are looking to stamp racism out of the game, after the treatment of Azeem Rafiq was revealed
(

“What are the reasons we are experiencing cultural difficulties in the dressing room?

“What are the reasons this abhorrent behaviour of racism in our game has attacked the high-performance space? These are the kind of areas we will take a much closer look at.”