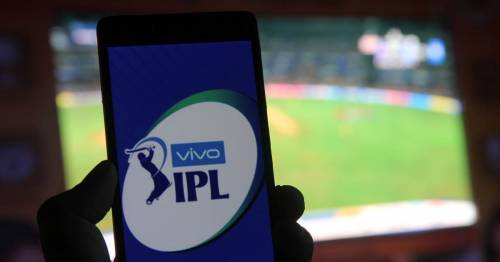 The ECB are reportedly planning to try to limit the involvement of England players in the IPL as part of a renewed attempt to prioritise Test cricket following their loss to Australia in the Ashes.

Last summer, Chris Woakes, Jos Buttler, Sam Curran, Moeen Ali and Jonny Bairstow were all rested for England's two-Test series against New Zealand because of their involvement in the tournament.

The ECB are conducting a full review into England's Ashes defeat, with managing director Ashley Giles preparing a report which will include a number of recommendations to improve the Test team's fortunes.

According to the Times, one of these ideas is restricting players' involvement in the IPL to just the first few weeks.

The tournament usually lasts around two months, but it is set to get longer this year with the introduction of two new franchises.

Once again, the IPL is set to overlap with the start of England's Test summer, with the knockout stages likely to clash with their first Test against New Zealand at Lord's in early June.

Only two England players, Buttler and Moeen, have been retained by their franchises for the 2022 edition, but a number of England's Test stars are expected to enter the IPL auction next month.

The report states that those players who are signed in the auction will then be asked to cut short their time in the IPL so that they can play some first-class cricket before the New Zealand series begins.

The ECB is said to be wary of a potential backlash from players, with their lack of full availability likely to hurt their chances of earning a bumper payday.

Former England captain Michael Atherton has been heavily critical of the ECB for allowing players to miss international games to play in the IPL.

"The leading multi-format players are paid seven-figure sums, but, incredibly, the ECB washes its hands of them for two months of the year during the Indian Premier League," he wrote in the Times.

"The players should be told that, while the ECB will be accommodating of the request to play in IPL, a 12-month contract is exactly that, and the granting of a no-objection certificate to play in IPL and other franchised competitions is contingent on it being in the best interests of the England team.

"Players should not miss international duty to play in the IPL, nor be rested and rotated to allow them to play elsewhere."

Previous : England told to “move on” from James Anderson after Ashes defeat by Michael Vaughan
Next : Omicron symptom: Specific bathroom habit is a warning sign of Covid