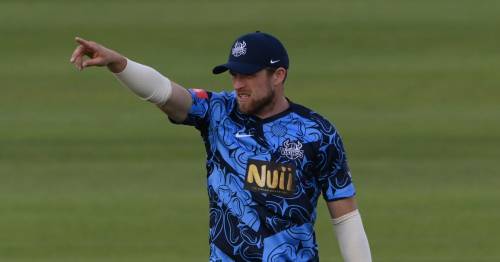 It has been announced that Willey will be leaving Yorkshire at the end of the season to return to Northamptonshire. In a statement, Yorkshire's Interim Managing Director Darren Gough said the club had "proactively engaged with Dave on his return from the IPL" but were "unable to match Northants' offer".

However, the England international has labelled this "inaccurate" and claimed "the cricket and the current players seem to be secondary at the moment to repairing the clubs reputation" in the wake of the Azeem Rafiq racism scandal.

In a parting shot on Instagram, Willey wrote: "I have loved my life in Yorkshire, I have planted my roots and raised our young family here. Unfortunately the circumstances surrounding the recent events at the club have made my work environment unsettling.

"There are some great lads & fantastic players at Yorkshire and i hope the complications at the club will not take priority and overshadow their talents. The cricket and the current players seem to be secondary at the moment to repairing the clubs reputation.

"It certainly felt that way for me over the past 12 months. I play cricket because I love the game. I just want to play somewhere that cricket is the focus and where I feel valued on and off the field.

"The comments made by Yorkshire around my contract discussions with the club are inaccurate. I'd like to thank the players & staff who have helped me during my time at Yorkshire.

"Also, thank you to the fantastic support of Yorkshire fans. I'd love to say farewell by winning the T20 for the first time at the club."

Willey is currently on England duty, having been named as part of 14-man squad for the three match ODI series against the Netherlands. The series gets underway on Friday and will be white ball head coach Matthew Mott 's first in charge.