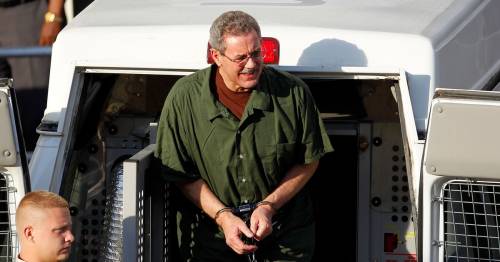 Allen Stanford is currently serving a 110-year prison sentence after being convicted of fraud in 2012 and has alleged England stars still contact him.

Stanford was accused of running a $7bn (£5.7bn) Ponzi scheme, the second-largest in history and separate from cricket, and was convicted on 13 of his 14 charges. After relocating to the Caribbean, Stanford got involved with cricket and infamously financed the 2008 Stanford Super Series following the inaugural IPL season, which saw several stars bank millions for just over six weeks work.

Just one Englishman, Dimitri Mascarenhas, was involved in the IPL with the ECB refusing to allow England contracted players to participate. In a bid to quell unrest from their top stars about the lucrative IPL contracts they were being denied, the ECB partnered with Stanford for a tournament that would culminate in a grand finale where England would face the Stanford SuperStars.

The match was dubbed the 'Stanford 20/20 for 20' and was a winner-takes-all showdown with a $20m cash prize. The winning 11 would bank $1m each, with $2m shared between the rest of the squad and backroom staff and the remaining $7m split between the ECB and WICB.

The tournament was an embarrassing cash grab by the ECB and a bizarre vanity scheme for Stanford, who famously landed his helicopter at Lord's and posed alongside cricket legends like Ian Botham and Viv Richards behind a glass box filled with $20m.

During the competition, it became clear that the England players were less than enthused by it. When asked if he was happy to be leading England in the tournament, captain Kevin Pietersen offered a far from ringing endorsement when he replied: "I have to be."

Ultimately, England were embarrassed in the final as they were bowled out for just 99, beaten by ten wickets and left with nothing. Just one year later, Stanford had been charged with investment fraud by the SEC and his involvement with cricket was over.

Pietersen later called him a "sleazebag" and said he was "very uncomfortable with the whole Stanford thing". Despite this, Stanford has labelled Pietersen a "first-class individual" in a rare interview from prison and claimed that some of the England players involved in the Super Series have been in contact with him.

"Several of the players are in contact," Stanford told the Daily Mail. "I don't know if they would want me to mention their names.

"Letters. It's made me feel very good. I answered their questions completely honestly and forthright, and we are still communicating.

"Let’s just say that I’ve got several of the players that I consider to be dear and close friends. In terms of contact where we have communicated back and forth and are still communicating… it’s eight players."

When asked if any of those players were English, he replied: "Well [yes], but the majority aren't. I've had a few, what I now consider solid friends, who understand what has happened and have been supportive."

Previous : Six dead after helicopter crashes into mountain and bursts into flames
Next : 5 talking points as David Willey impresses for England but Eoin Morgan questions remain